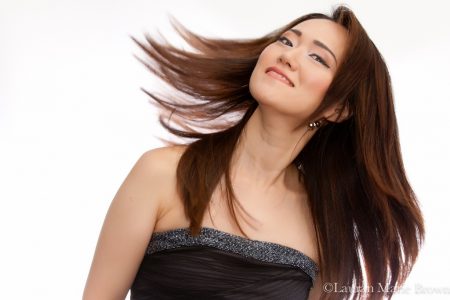 Internationally acclaimed pianist Yoko Miwa and her trio return to the Regattabar to premiere music from their upcoming recording, to be released in June of 2019. Joining Miwa will be bassist Brad Barrett and drummer Scott Goulding.

Miwa is quickly becoming known as one of the most powerful and compelling performers on the scene today. Her trio - with its remarkable telepathy and infectious energy - has brought audiences to their feet worldwide. She performed on the main stage at the 2018

Internationally acclaimed pianist Yoko Miwa and her trio return to the Regattabar to premiere music from their upcoming recording, to be released in June of 2019. Joining Miwa will be bassist Brad Barrett and drummer Scott Goulding.

Miwa is quickly becoming known as one of the most powerful and compelling performers on the scene today. Her trio – with its remarkable telepathy and infectious energy – has brought audiences to their feet worldwide. She performed on the main stage at the 2018 Atlanta Jazz Festival, and drew the largest audience of any act at the 2018 Litchfield Jazz Festival.

For the past decade the Kobe, Japan native has honed one of the most musical and lyrical trio sounds around. Miwa’s band, which has been heralded for their almost telepathic interplay, performs regularly at major jazz clubs worldwide including New York City’s Blue Note Jazz Club and Jazz at Lincoln Center where Miwa was chosen to play on “Marian McPartland & Friends” as part of the Coca Cola Generations in Jazz Festival. She has performed and/or recorded with a wide range of jazz greats including Sheila Jordan, Slide Hampton, Arturo Sandoval, George
Garzone, Jon Faddis, Jerry Bergonzi, Esperanza Spalding, Terri Lyne Carrington, Kevin Mahogany, John Lockwood and Johnathan Blake among others. A Boston Phoenix Best Music Poll winner, Miwa is on faculty at Berklee College of Music.

Miwa’s 2017 recording Pathways – her seventh as a leader – spent 4 weeks on the Jazz Week top 10 radio charts and earned wide critical acclaim. Since first appearing on Jazz Week charts, Pathways was in the top 10 for four weeks running and consistently remained in the Top 40, peaking at #6. Miwa was the subject of a feature article in the September 2017 issue of DownBeat that referenced her “impressive technique and a uneful lyricism that combines an Oscar Peterson-ish hard swing with Bill Evans-like introspection.” Gordon Marshall of Flash Boston says, “…what makes her new album remarkable, and remarkably innovative, is
the racing, playful interplay of the instruments of the trio: drums, piano, and bass. Each has an equal part, with none dominating, but sharing, democratically, endless, intriguing dialogues.” Dick Metcalf of Improvijazzation Nation writes, “Yoko’s ability to create moods, or bring them back to mind, is simply astounding…most highly recommended.”

The recording, released May 12, 2017 on Ocean Blue Tear Music, features Miwa with bassist Will Slater (with Brad Barrett stepping in for one track) and drummer Scott Goulding. The remarkable telepathy they share has been developed over 15 years and countless hours logged on the bandstand, not to mention the accompanying personal bonds (Miwa and Goulding are married, after all).

“When we play together, it comes out as one sound,” Miwa says. “That’s the best part of working together all the time. I’m very comfortable with these guys because they know my playing and I know them very well.”

It’s been nearly five years since the release of Miwa’s last album, Act Naturally (JVC Victor), but she’s been far from inactive in the interim. On the contrary, she’s one of the busiest artists on the thriving Boston jazz scene, playing regularly at renowned local venues the Regattabar and Scullers as well as venues worldwide. Locally, the trio is a constant presence with three area residencies that keep them busy every weekend they’re at home. On Fridays they can be found at the Central Square sushi bar and jazz club The Mad Monkfish (formerly Thelonious Monkfish), where Goulding serves as music director and Miwa helped select the stunning Yamaha piano. Saturdays they play at the wine bar Les Zygomates, as they have for the last dozen or so years.

That impressive calendar means that the trio has had plenty of time not only to try out new material but to explore each piece over time. “We play each song a little bit differently every time,” Miwa says. “It really helps develop the music. If we only did concerts once a month in front of big audiences, I don’t think we’d feel the same way or that I’d play the same way that I do now.”

The repertoire that Miwa traverses on Pathways ranges widely, from the classic songs of The Beatles and Joni Mitchell to a pair of rarely (if ever) reprised pieces by legendary Bill Evans Trio bassist Marc Johnson, originally recorded solo. The album’s highlights, though, are Miwa’s gorgeous originals, which combine lively melodies, a delicate touch, and lush harmonies – the same qualities that she brings to her improvisations.

Integral to capturing the heartfelt communication forged by the trio was Miwa’s insistence that they play together in the studio, not divided into isolation booths. Their spontaneity and spark found an ideal setting at Wellspring Sound Studios in Acton, Massachusetts, where they worked closely with engineer Matt Hayes. “It’s almost like a live recording,” Miwa says proudly. “I feel really uncomfortable separated into different rooms where you can’t really see each other. Of course
you can’t go back and fix things, but I love the feeling of playing in the same room and our energy together.”