Presented by Somerville Songwriter Sessions at Arts at the Armory, Somerville MA

The concert will feature a solo set by each artist, followed by a round robin song swap. The show begins at 7:30 pm, and there is a suggested donation of $10. The Armory Cafe is at 191 Highland Avenue, Somerville. For more information call 617-718-2191 or visit artsatthearmory.org/cafe or www.facebook.com/SomervilleSongwriterSessions. Performer details below.

The concert will feature a solo set by each artist, followed by a round robin song swap. The show begins at 7:30 pm, and there is a suggested donation of $10. The Armory Cafe is at 191 Highland Avenue, Somerville. For more information call 617-718-2191 or visit artsatthearmory.org/cafe or www.facebook.com/SomervilleSongwriterSessions. Performer details below.

Somerville Songwriter Sessions at the Armory Cafe presents contemporary folk singer/songwriters in concert, on the first Saturday of each month. The Armory Cafe features live music in an intimate setting, a menu featuring sandwiches, soups, desserts and coffees, and plenty of free parking. Please note that all guests will be required to show proof of covid vaccination (or a negative covid test 24-72 hours before the event) and that all attendees are required to wear a mask except while eating or drinking. Our 11/6 performers:

Called “one of New England’s best songwriters” by The Boston Globe, Terry Kitchen creates songs that are portraits of ordinary people and emotions, captured with extraordinary compassion, honesty and humor. He’s been performing on folk stages across the country since the 1990s, releasing a dozen albums filled with literate musical storytelling, supple guitar playing and distinctive, intimate vocals. His 2020 CD Next Time We Meet reached #5 on the national Folk-DJ chart, and his songs have won the Mid-Atlantic and USA Song Contests and been runner-up in the John Lennon Song Contest. In the 1980s he was the leader of the groundbreaking Boston band Loose Ties, whose experiences he recounts in his novel Next Big Thing, called “a great debut novel” by The San Francisco Book Review. He also published a short story collection, Coping Mechanisms, in 2020. More on Terry at terrykitchen.com.

Chris LaVancher releases his third full-length album in November 2021: After The Flood, a collection of songs full of heart from a seasoned and skilled craftsman mining life’s subject matter – family challenges, work life, love and love lost, childhood memories, and finding one’s place in the universe. Chris’s performances evoke a mini-movie festival in your head, complete with a full soundtrack. He writes cinematic, character-driven songs, and. his song “Nostalgia” from his second album Big Fat Love received an honorable mention in the 2018 Woody Gutherie Folk Festival Songwriting Contest. In 2014 Chris was selected as a Falcon Ridge Folk Festival Emerging Artist and performed on the main stage. He was also selected for the Suzi Wollenberg Folk DJ showcase at the Northeast Regional Folk Alliance. Chris grew up in the hills of North Central Pennsylvania where he learned to observe the many wonderful characters that inhabited his small hometown. Today he lives just north of Boston Massachusetts, a Mecca for folk singers and songwriters, but much of his inspiration still goes back to that little town in Pennsylvania. More on Chris at chrislavanchermusic.com.

Kerrville New Folk winning songwriter and performer Amy Kucharik energizes swing dance, folk festival and listening room audiences alike. Drawing from blues, folk and Vaudeville traditions and with a street-smart stagecraft honed in the subways of Boston, Amy transports her audience to a place both timeless and familiar, but nevertheless innovative. She performs as a one-woman band with ukulele, tenor guitar, foot percussion, mouth trumpet and harmonica, or with bands featuring top New England musicians. Combining poignant lyrics and a danceable swing, Amy’s music has drawn comparisons to Maria Muldaur, Lake Street Dive, and Anais Mitchell. Amy was a formal showcase artist at SWRFA [Southwest Regional Folk Alliance] in 2015, WFMT Folk DJ Rich Warren’s pick for the NERFA [Northeast Regional Folk Alliance] DJ showcase in 2016, and a Falcon Ridge Folk Festival Emerging Artist for 2018. Her second full-length album of original music, Until the Words Are Gone, was released in 2018. More at amykucharik.com.Effective October 1, 2021, the Center for Arts at the Armory will require all staff and event guests to show proof of vaccination status. Children under the age of 12 will not have to show proof of vaccination for admittance to events but are required to wear a mask. Guests who wear masks and present a negative COVID test 24 to 72 hours prior to the event will also be admitted. Guests are encouraged to show proof of vaccination from their cell phones. In addition, effective August 13, 2021, once inside the Armory building, the Center for Arts at the Armory requires all staff, volunteers, interns, vendors, shoppers and guests to wear a mask regardless of whether they have been vaccinated against COVID-19. We will continue to evaluate and update these policies as the situation evolves.

Arts at the Armory 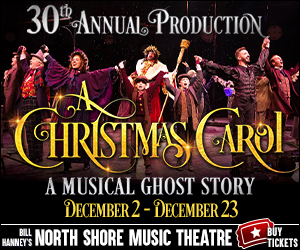 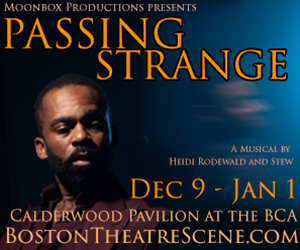 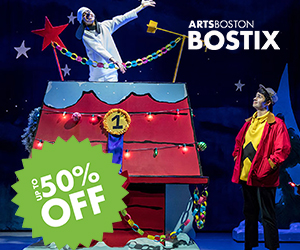