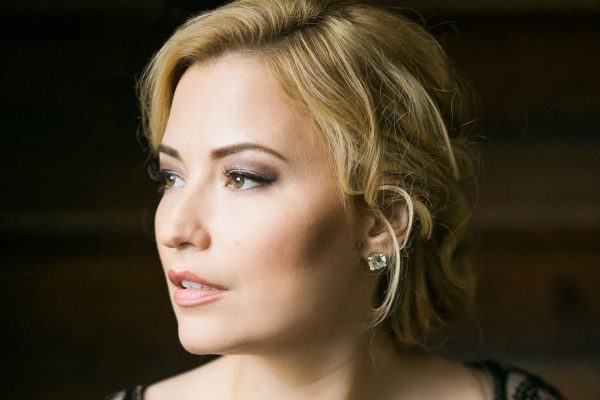 Join us as we experience the lovely Wagnerian mezzo-soprano Renée Tatum in recital at Boston Public Library’s Rabb Hall. She has been up and coming for a long time, now a dazzling star in the opera world, and is bringing in the next generation of Wagnerian singers. Program to include Wagner, Brahms, and more. She will also have a brief Q&A with our president, Jane Eaglen following the performance.

All are welcome, and the concert is FREE to attend regardless of membership.

Join us as we experience the lovely Wagnerian mezzo-soprano Renée Tatum in recital at Boston Public Library’s Rabb Hall. She has been up and coming for a long time, now a dazzling star in the opera world, and is bringing in the next generation of Wagnerian singers. Program to include Wagner, Brahms, and more. She will also have a brief Q&A with our president, Jane Eaglen following the performance.

All are welcome, and the concert is FREE to attend regardless of membership.

Mezzo-Soprano Renée Tatum is noted for her “commanding and dramatic presence” (Opera News), mezzo-soprano Renée Tatum continues to garner recognition in the most demanding of operatic repertoire. In the 2022-23 season, Ms. Tatum returns to the Metropolitan Opera for Rigoletto, sings Suzuki in Madama Butterfly with Palm Beach Opera, sings a recital with the Needham Concert Society, Mozart’s Missa Brevis and Vesperae solennes de confessore with the Masterworks Chorale, and ends the season with Mahler’s Rückertlieder. Future seasons include Flosshilde and Waltraute in Wagner’s Der Ring des Nibelungen in concert with The Dallas Symphony and engagements with the Metropolitan Opera.

Last season, Ms. Tatum made her Atlanta Opera debut as Cornelia in Giulio Cesare, followed by a recital with the Boston Artists Ensemble. Later in the season, she debuted Fricka in Das Rheingold with Nashville Opera and Margret in Wozzeck with the Boston Symphony Orchestra. She also continued her long relationship with The Metropolitan Opera in their new production of Rigoletto and Ariadne auf Naxos. Ms. Tatum’s relationship with The Met spans 11 years and has included nearly 100 performances including Fenena in Nabucco, 3rd Lady and 2nd Lady in The Magic Flute, Emilia in Otello, Inez in Il Trovatore, Adonella in Francesca da Rimini, and Waltraute and Flosshilde in Robert LePage’s Der Ring des Nibelungen.

Tatum began the 2019-20 season as Flosshilde in Wagner’s Götterdämmerung with The National Theater in Taiwan, followed by her role debut as Kundry in Parsifal for Indiana University Opera Theatre. She also returned to The Metropolitan Opera as the Third Lady in The Magic Flute, Azucena in Il Trovatore with Pensacola Opera, and joined Rochester Philharmonic for The Mother of Us All. Scheduled performances in that season and in the 20-21 season included Giulio Cesare and The Champion with Boston Lyric Opera, Beethoven’s Symphony No. 9 with Jacksonville Symphony and Indianapolis Symphony, Maddalena in Rigoletto with Mill City Summer Opera, and productions of Giulio Cesare and The Magic Flute at The Met.  She has recently been heard as Flosshilde and Waltraute in San Francisco Opera’s Der Ring des Nibelungen, The Mother in Amahl and the Night Visitors with the Philadelphia Orchestra, Flosshilde in Das Rheingold at The Tanglewood Festival, Francisca in West Side Story at Grand Tetons Music Festival, Jenny in Threepenny Opera for Boston Lyric Opera, and Parsifal at The Metropolitan Opera. Concert performances included Penderecki’s Credo with Indianapolis Symphony, Durufle’s Requiem with Back Bay Chorale, Bach’s Christmas Oratorio with The Cecelia Chorus of NYC. She was also heard in concert with Warren Jones at Manchester Music Festival and in a concert presentation of Das Rheingold with New York Philharmonic.

She has appeared as Flosshilde and Grimgerde in Der Ring des Nibelungen with the Seattle Opera, Götterdammerung with the Houston Grand Opera and The National Taichung Theatre in Taiwan, Olga in Eugene Onegin with Boston Youth Symphony, Handel’s Messiah with Pacific Symphony, Beethoven’s Missa Solemnis with Pacific Chorale, Mozart’s Requiem with Omaha Symphony and Rochester Philharmonic, and Beethoven’s Symphony No. 9 with San Diego Symphony. Additionally, she has been heard as Suzuki in Madama Butterfly with Toledo Opera, Flosshilde and Waltraute for Washington National Opera, Flosshilde in Gotterdammerung with Teatro Massimo di Palermo, Third Lady in The Magic Flute and Grimgerde in Die Walküre at Houston Grand Opera. Ms. Tatum also joined The Hyogo Performing Arts Festival in Japan as Flora in Verdi’s La Traviata, sang Mahler’s Resurrection Symphony and Mozart’s Requiem with The Eastern Music Festival, and Beethoven’s Symphony No. 9 with The Boston Symphony Orchestra at The Tanglewood Music Festival. Additional concert appearances include Salome with Andris Nelsons and the Boston Symphony Orchestra, Mozart’s Requiem with the Santa Cruz Symphony, and Beethoven’s Ninth Symphony with The Indianapolis Symphony, NY Philharmonic and Orange County Philharmonic Society.

Ms. Tatum holds degrees from The Juilliard School, Manhattan School of Music, and California State University Fullerton. She was also an Adler Fellow with The San Francisco Opera and a graduate of the Lindemann Young Artist Program at The Metropolitan Opera. She has taught voice through the Office of the Arts at Harvard University, was an Artist in Residence at the Longy School of Music in Boston and is a regular masterclass presenter.

Her discography includes: Der Ring des Nibelungen on The Avie Label with Seattle Opera as well as a film version of Handel’s Giulio Cesare with The Atlanta Opera. Ms. Tatum has also appeared in Die Walkürie, Francesca da Rimini, Otello and Rusalka, all part of The Metropolitan Opera’s Live in HD Series released on Decca.

John Sullivan, pianist and conductor, is a native of Cambridge, MA and holds a degree in Music from Harvard College. At Harvard, Mr. Sullivan directed the Dunster House Opera for two seasons, preparing and conducting performances of Mozart’s Marriage of Figaro (2006-2007) and Così fan tutte (2007-2008). In 2008-2009 he served as the 42nd music director of Harvard’s Bach Society Orchestra; previous music directors of “BachSoc” include John Harbison, John Adams, and Alan Gilbert. As music director he prepared and conducted four concerts of works by Beethoven, Brahms, Finzi, Haydn, Mendelssohn, Mozart, Prokofiev, Ravel, Rossini, and Verdi. He completed the Mozart-Da Ponte trilogy by conducting a concert performance of Don Giovanni at Harvard in 2013.

Since 2013 he has been the Accompanist and Assistant Conductor of the Concord Chorus. He currently holds several other accompanist positions, including for the Masterworks Chorale (where he is also Assistant Conductor) and the Harvard-Radcliffe Chorus, in addition to freelance teaching and coaching. He has performed widely in the Boston area and elsewhere in the United States and Europe as both accompanist and solo recitalist. He is a keyboard harmony instructor and Affiliated Artist at MIT and has served as Music Consultant and annotator for Toscanini releases on the Immortal Performances label. His principal piano training was with the late Wayne Miller of Cambridge, supplemented by study at Tanglewood and in Paris. He has been a Wagner fan since age ten and an opera fan since age three.

There will be a brief Q&A with Boston Wagner Society's president, Jane Eaglen, following the performance.

Thank you for observing these guidelines to ensure the safety of our staff and visitors: Please reschedule your visit to the BPL if you have any symptoms of illness, or if you have received a positive COVID-19 test result in the past 10 days. Although it is not required, please consider wearing a face covering while inside BPL buildings. You do not need to show proof of vaccination to enter BPL buildings or use BPL services. Patrons should practice social distancing where possible.