In celebration of the 20th anniversary of the recording of Joe McPhee and Jeb Bishop’s avant-jazz classic The Brass City, Non-Event presents…

in celebration of the 20th anniversary of the recording of Joe McPhee and Jeb Bishop's classic The Brass City CD
(released on Okka Disk, 1999)

"...His magical take on avant-garde sax remains one of the wonders of the scene. He still has one of the

in celebration of the 20th anniversary of the recording of Joe McPhee and Jeb Bishop’s classic The Brass City CD
(released on Okka Disk, 1999)

“…His magical take on avant-garde sax remains one of the wonders of the scene. He still has one of the most beautiful tones on the planet, even when he’s reaching for jazz’s outer limits.”

JOE MCPHEE is a multi-instrumentalist, composer, improviser, conceptualist and theoretician.

He began playing the trumpet at age eight, taught by his father, himself a trumpet player. He continued on that instrument through his formative school years and later in a U.S. Army band stationed in Germany, at which time he was introduced to performing traditional jazz. In 1968, inspired by the music of Albert Ayler, he took up the saxophone and began an active involvement in both acoustic and electronic music.

His first recordings as leader appeared on the CJ Records label, founded in 1969 by painter Craig Johnson. These include Underground Railroad by the Joe McPhee Quartet (1969), Nation Time (1970), Trinity (1971) and Pieces of Light (1974). In 1975, Swiss entrepreneur Werner X. Uehlinger release Black Magic Man by McPhee, on what was to become Hat Hut Records

In 1981, he met composer, accordionist, performer, and educator Pauline Oliveros, whose theories of “deep listening” strengthened his interests in extended instrumental and electronic techniques. he also discovered Edward de Bono’s book Lateral Thinking: A Textbook of Creativity, which presents concepts for solving problems by “disrupting an apparent sequence and arriving at the solution from another angle.” de Bono’s theories inspired McPhee to apply this “sideways thinking” to his own work in creative improvisation, resulting in the concept of “Po Music.” McPhee describes “Po Music” as a “process of provocation” (Po is a language indicator to show that provocation is being used) to “move from one fixed set of ideas in an attempt to discover new ones.” He concludes, “It is a Positive, Possible, Poetic Hypothesis.” The results of this application of Po principles to creative improvisation can be heard on several Hat Art recordings, including Topology, Linear B, and Oleo & a Future Retrospective.

In 1997, McPhee discovered two like-minded improvisers in bassist Dominic Duval and drummer Jay Rosen. The trio premiered at the Vision Jazz Festival in 1998 but the concert went unnoticed by the press. McPhee, Duval, and Rosen therefore decided that an apt title for the group would be Trio X. In 2004 he created Survival Unit III with Fred Lonberg-Holm and Michael Zerang to expand his musical horizons and with a career spanning nearly 50 years and over 100 recordings, he continues to tour internationally, forge new connections while reaching for music’s outer limits.

Trombonist JEB BISHOP has been active in improvised music and jazz since the early 1990s. Based in Chicago until 2012, he first gained attention as a member of groups including Flying Luttenbachers, Vandermark Five, and Peter Brötzmann Chicago Tentet. In addition to his own trio, he has led or co-led groups including The Engines, Lucky 7s, and Long Sidewalks, and has pursued free improvisation with dozens of collaborators from around the world, including Joe McPhee, Jaap Blonk, Han Bennink, Hamid Drake, and many others.

Bishop has been part of thousands of performances throughout North America and Europe, ranging from basement shows to major festivals, and has been recognized repeatedly in Downbeat Magazine’s Critics’ Polls and in the online El Intruso poll.

At the end of 2015, Bishop relocated to Boston, where he continues his ongoing working relationships with Boston-area musicians including Jorrit Dijkstra, Nate McBride, and Pandelis Karayorgis. New projects in Boston include the cooperative quintet Stereoscope and a brass trio with Forbes Graham (trumpet) and Joshua Reibstein (tuba).

FORBES GRAHAM is a trumpet player, electronic musician, composer, and visual artist living and working in Boston, Massachusetts. He has worked with a diverse array of musicians and currently is a member of Para Quintet, Rock Flint Contemporary Ensemble, Wild May, Grizzler, Construction Party, and Equal Time. He is the founder of the Rock Flint Artists Retreat, and has appeared at numerous festivals including High Zero, Full Force, and Vision.

ANDRIA NICODEMOU is a multifaceted musician from Cyprus, specializing in vibraphone and improvisation. She is a graduate from Corfu University in Classical Percussion and has received a Master’s Degree from the New England Conservatory, in Contemporary Improvisation.

She has been working in diverse interdisciplinary art projects, with multi-media artists, dancers and actors in Europe and USA. She has worked with musicians such as Joe Morris, Anthony Coleman, Marty Ehrlich, Ikue Morri, Tayler Ho Bynum, Tatsuya Nakatani, Ab Baars, Anne La Berge, Gianni Lenoci, Jim Hobbs, Marc Sanders, among others. She was a guest performer at the London Improvisers Orchestra (2015) and the Royal Improvisers Orchestra in Amsterdam (2014).

DAMON SMITH studied double bass with Lisle Ellis and has had lessons with Bertram Turezky, Joëlle Leandré, John Lindberg, Mark Dresser and others. Damon’s explorations into the sonic palette of the double bass have resulted in a personal, flexible improvisational language based in the American jazz avant-garde movement and European non-idiomatic free improvisation. Visual art, film and dance heavily influence his music, as evidenced by his CAMH performance of Ben Patterson’s Variations for Double Bass, collaborations with director Werner Herzog on soundtracks for Grizzly Man and Encounters at the End of the World, and an early performance with the Merce Cunningham Dance Company. 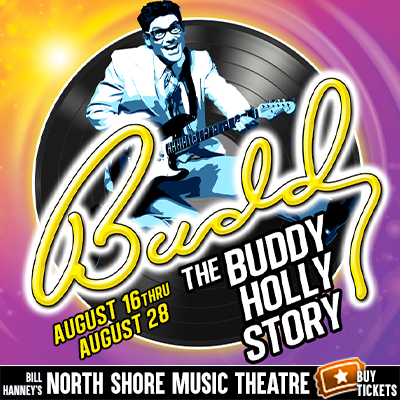