Presented by DJB Tunes at The Joy Nest, Newburyport MA 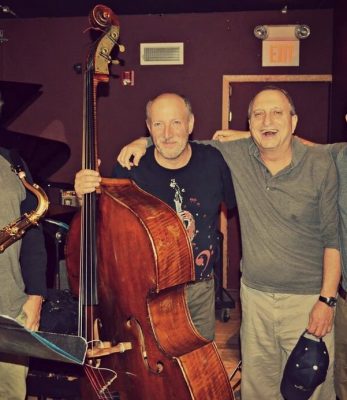 *Every morning, world-renowned jazz bassist, composer, and educator, Bruce Gertz, makes himself a cup of coffee and sits at the baby grand piano of his Melrose, MA living room. Surrounded by quirky plants, records of his esteemed inspirations, and albums of his own, Gertz composes something every day, regardless of the day’s events ahead. He says, "Sometimes I only get a short idea but that can be the seed of a beautiful composition." His counterparts applaud him for his restless commitment

*Every morning, world-renowned jazz bassist, composer, and educator, Bruce Gertz, makes himself a cup of coffee and sits at the baby grand piano of his Melrose, MA living room. Surrounded by quirky plants, records of his esteemed inspirations, and albums of his own, Gertz composes something every day, regardless of the day’s events ahead. He says, “Sometimes I only get a short idea but that can be the seed of a beautiful composition.” His counterparts applaud him for his restless commitment to self-improvement.  Gertz is known for his superb mastery of the upright bass and was named “Outstanding Bassist” by Boston Music Awards. What some fans don’t know is that he grew up playing electric bass from the age of 14 and still plays (and teaches) the electric quite often. His extraordinary contribution to music education has earned him multiple recognition awards from The International Association of Jazz Educators and the Jazz Education Network. He has been serving as a Professor of Bass at Berklee College of Music since 1976. Additional educator credits include serving on the advisory board of the International Society of Bassists and as an adjudicator at the Clark Terry UNH Jazzer’s Festival. Gertz has performed and recorded with such artists as Gary Burton, Jerry Bergonzi, John Abercrombie, Joey Calderazzo, Kenny Werner, Mick Goodrick, Kurt Rosenwinkel, Billy Hart, Bill Frisell, Bob Berg, George Cables, Gil Evans, Tom Harrell, Jon Hendricks, Diane Schuur, Dave Brubeck, George Garzone, Mike Stern, Larry Coryell, Joe Lovano, Cab Calloway, Maynard Ferguson, Count Basie and many others.He is an author of six books and contributing editor to Bass World Magazine. As a bandleader, Gertz has recorded more than twenty albums. His latest quartet release received four stars in Downbeat, December, 2017.

*Saxophonist George Garzone is a member of The Fringe, a jazz trio founded in 1972 with bassist John Lockwood and drummer Bob Gullotti. A veteran jazzman, Garzone has appeared on over 20 recordings and has guested in many situations, touring Europe with Jamaaladeen Tacuma and performing with Danilo Perez, Joe Lovano, Jack DeJohnette, Rachel Z and John Patitucci among others. He is a member of the Grammy-winning (2000) Joe Lovano Nonet, and performed and recorded with this group On This Day … Live At The Vanguard in September 2002…More recently, Garzone with Peter Erskine, Alan Pasqua and Darek Oles recorded a 3-CD album, Three Nights in L.A. (2019), which became a favorite of many critics like Downbeat Magazine and All About Jazz…Garzone is well-known as a sought-after jazz educator, having pioneered the Triadic Chromatic Approach, an improvisation concept which has his own signature in the jazz improvisation vocabulary. Currently at Berklee, he has also previously taught at New England Conservatory, Longy, NYU, Manhattan School of Music, Northeastern University and the New School University; he has taught many great students including Joshua Redman, Teadross Avery, Seamus Blake, Chris Cheek, Luciana Souza, Mark Turner, Donny McCaslin, Doug Yates, Danilo Perez and the Grammy-winning Drummer Antonio Sanchez.

*Pianist Santiago Bosch, a native of Barquisimeto, Venezuela, graduated Suma Cum Laude from Berklee College of Music in 2017, earning a Master’s in Contemporary Jazz Performance at the prestigious Berklee Global Jazz Institute on a full scholarship from the school. He has participated as a sideman and bandleader at Barquisimeto´s International Jazz Festival, Venezuela, from 2006 until 2010 and at other important venues including the Millennium Stage, Kennedy Center, Barranquilla Jazz Festival, Dizzy’s Club at the Lincoln Center (NYC), and has been featured in live performances, master classes, and recordings with artists such as Tucker Antell, Jack DeJohnette, Donald Harrison, Kurt Rosenwinkel, Hal Crook, Terri Lyne Carrington, Esperanza Spalding, John Patitucci, Tia Fuller, Oscar Stagnaro, and Fernando Huergo, among many others.

*Drummer Austin McMahon performs regularly with Jerry Bergonzi Quartet and has recently performed and/or recorded with Sean Jones, George Garzone, Joe Lovano, Lionel Loueke, Ben Monder, Lage Lund, Kate McGarry, Noah Preminger, Jason Palmer and Grace Kelly. He has appeared as an opening act for Grammy award-winners Dianne Reeves and Esperanza Spalding and has toured venues such as Carnegie Hall and the Kennedy Center as well as jazz festivals, clubs, concert halls and theaters throughout the US, Italy, Germany, Finland, France, China and India. McMahon is the winner of the 9th annual Independent Music Awards for Jazz Song Category and Nominee for Best Jazz Album in the 11th annual IMA’s. His debut CD Many Muses was selected as a CDBaby Editor’s pick and described as “subtle, reverential to tradition, and thoroughly new.” He was recently featured on NPR JazzSet with Dee Dee Bridgewater, WLRN Miami (NPR station), and live on WGBH radio. Austin currently teaches in the Jazz Department at New England Conservatory’s Prep/ Continuing Ed. Division, and was a Teaching Assistant for Jazz Improv at Harvard for six consecutive years. He has given masterclasses at Harvard, UMiami, University of Mainz (Germany), and numerous other colleges and high schools throughout the US. 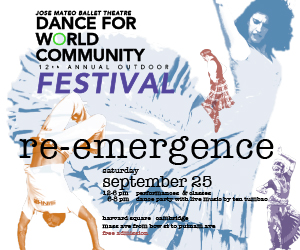 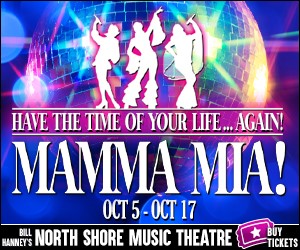