Presented by Now + There at Warren Street 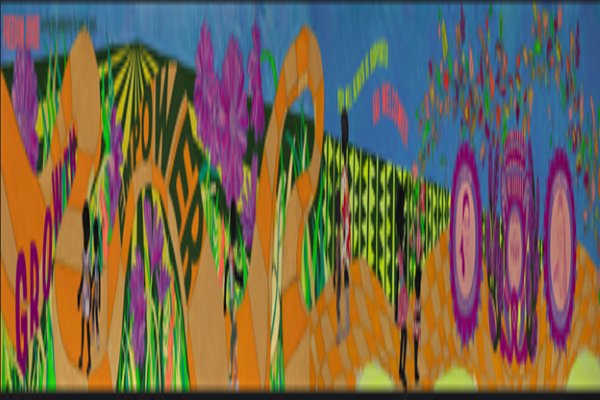 The mural asks the communities of Roxbury and Dorchester to identify their unsung heroes, a focal point for the project when it is unveiled Sept. 12.

It's an important message about the nonprofit which inspired the artwork. Founded in 1949, Freedom House is building economic, racial, and social equity through education and leadership development, inspiring Black, Brown, and immigrant youth to graduate from high school and give back to their communities. “After meeting with the people from the

The mural asks the communities of Roxbury and Dorchester to identify their unsung heroes, a focal point for the project when it is unveiled Sept. 12.

It’s an important message about the nonprofit which inspired the artwork. Founded in 1949, Freedom House is building economic, racial, and social equity through education and leadership development, inspiring Black, Brown, and immigrant youth to graduate from high school and give back to their communities. “After meeting with the people from the Freedom House, I felt they would make a wonderful unsung hero, and I designed a piece that celebrates the work they have done and continue to do,” McMillan said. Two of the organization’s leaders are also featured in the mural.

McMillan’s design also incorporates a character she calls, Ms. Merri Mack, a name from a well-known nursery rhyme that was sung by slave children. Slave children were taught “corn ditties,” the original name for Negro spirituals, McMillan said, so they could clap and sing to distract them while doing harsh plantation work. “The character I call Ms. Merri Mack initially depicted a picaninny, a derogatory term used to pick on dark skinned Black children, making them feel less than, unworthy, and ashamed of the color of their skin,” she said. “To offset this way of thinking, I combine wonder and play, which is why I named the character after a popular hand-clapping game for children.”

McMillan is part of Now + There’s Public Art Accelerator Program which helps emerging Boston-based artists create new temporary, site-specific works of art for all neighborhoods of Boston. McMillan designed her mural for this corner in Dorchester with a clear declaration: “You will always be supported and welcomed!”

Kate Gilbert, Now + There’s Executive Director, credits Mima with turning her Accelerator opportunity around to create a welcoming space. “With her signature vibrant color and imagery evocative of a late 70’s childhood, she’s created a powerful message of empowerment all while confronting a history that has repressed Black women and girls,” Gilbert said. “The energy, vibrancy, and history of Freedom House reverberates through Mima’s work, and the call to celebrate our ‘Unsung Heroes’ comes at an important time in our culture.”

Karmimadeebora McMillan was born in Fayetteville, North Carolina and is based in Cambridge, MA. She has an MFA (2013) and Post Baccalaureate certificate (2011) from The School of the Museum of Arts at Tufts, Boston. Her paintings are influenced by her southern childhood. Characters from racist’s propaganda and black dolls wander through brightly colored and fragmented landscapes. After graduate school, McMillan worked for the well-known street artist Swoon for five years as her business manager and helped start her non-profit organization Heliotrope Foundation.

McMillan has also performed with her mentor, Magdalena Campos-Pons, at the Guggenheim Museum in New York, Queens Museum in New York, and Havana, Cuba Biennale 15. She is currently the Director of the Post Baccalaureate Program and part time lecturer at SMFA at Tufts, Boston.

ABOUT NOW + THERE: Now + There (N+T) is a non-profit public art curator changing the landscape with temporary and site-specific public artworks. Through its curatorial efforts, N+T is transforming Boston into a public art city by creating a portfolio of projects that supports artistic risk-taking, community dialogue, and cultural change. Fostering artists of many diverse backgrounds and inspiring the public to create bold art experiences that open minds, conversations, and spaces across Boston is the organization’s goal, resulting in a more open, equitable, and vibrant city. (www.nowandthere.org).

MORE FROM Now + There 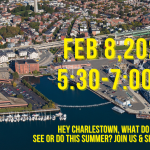 Presented by Now + There at Online/Virtual Space