Presented by The Creative Music Series at New School of Music, Cambridge MA 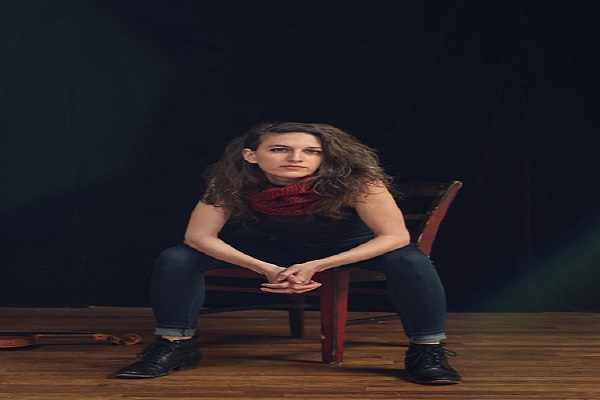 A significant change in the duet: gabby fluke-mogul replaces the drummer; they are a New York based violinist, improviser, composer, & educator. fluke-mogul exists within the threads of improvisation, the jazz continuum, noise, & experimental music.

”. “The two musicians tease many sounds out of their instruments, feeding off one another so thoroughly that it’s often hard to determine just who is driving the idea at any given moment.

A rare chance to hear a genuine master of creative music in Cambridge beyond the NEC classroom, a legend in his

”. “The two musicians tease many sounds out of their instruments, feeding off one another so thoroughly that it’s often hard to determine just who is driving the idea at any given moment.

A rare chance to hear a genuine master of creative music in Cambridge beyond the NEC classroom, a legend in his time!

Another unique musician and opportunity to hear a world-class and traveled creator from “another” alternative music world:

“The two musicians tease many sounds out of their instruments.

gabby fluke-mogul: Foxy Digitalis on fluke-mogul’s newest solo release LOVE SONGS on Relative Pitch writes “Love is harsh. Visceral. A cocoon and a screaming stitch. gabby fluke-mogul’s follow-up to last year’s threshold (one of my favorite albums of 2021) is invigorating in a different way, but just as impactful. Their music has always been saturated with vulnerability and openness, but on LOVE SONGS that spirit is held closer. fluke-mogul puts so much raw emotion into their playing that it becomes infectious. They are a conduit…”

gfm holds a MFA in Music Performance & Literature from Mills College, a BA in Music & Early Childhood Education from Hampshire College (Massachusetts), & a Deep Listening certificate from The Center for Deep Listening at Rensselaer.

“Anthony Coleman is a prolific composer and pianist who has recorded 15 CDs under his own name, and has played on more than 150. His compositions have been commissioned and performed throughout the world. In the 1980’s, he was an important participant in what became known as the Downtown Scene, along with Glenn Branca, Elliott Sharp, Marc Ribot, and John Zorn, which broke down musical barriers, stretched genre definitions, and introduced Radical Jewish Culture as a compositional and improvisatory element”.  Steve Coleman, Arts Fuse (boston), 2018:

“Part of what sets Anthony Coleman\’s (b 1955) music apart from that of his contemporaries is the intensely focused intellectual force with which he pushes against the sybaritic outward-moving impulse and compresses multiple vocabularies around a core poetic. Though compressed, the vocabularies do not merge or blend, they fray at the edges where the play of opposing forces is most intense, and languages contaminate and confuse each other”. New World Records

Anthony Coleman (born August 30, 1955) is an avant-garde jazz pianist. During the 1980s and 1990s he worked with John Zorn on Cobra, Kristallnacht, The Big Gundown, Archery, and Spillane and helped push modern Jewish music into the 21st century.

From the Sarajevo Jazz Festival to the Jewish Culture Festival in Krakow, Poland, Anthony Coleman’s musical odyssey has taken him through many cultures and led him to wear many hats as composer, improvising keyboardist, and teacher. Coleman joined the NEC faculty in 2006, returning to a school where he himself studied in the 1970s, during the birth of NEC’s Contemporary Improvisation program (then called Third Stream). Received a M.M., at Yale.

At the age of thirteen, Coleman started studying piano with Jaki Byard. At the New England Conservatory of Music he studied with George Russell, Donald Martino and Malcolm Peyton.[2]

Coleman has also toured and recorded with John Zorn, Elliott Sharp, Marc Ribot, Shelley Hirsch, Roy Nathanson, and many others.

Coleman has recorded 13 CDs under his own name, and he has played on more than 100 CDs. Recent recordings areThe End of Summer (Tzadik), which features his NEC Ensemble Survivors Breakfast, Shmutsige Magnaten (Tzadik), Pushy Blueness (Tzadik) and Lapidation (New World), both recordings of his chamber music, and Freakish: Anthony Coleman Plays Jelly Roll Morton (Tzadik, 2009). Plus Damaged by Sunlight (2010) was issued on DVD by the French label La Huit.  And You, a compilation of his large chamber ensembles and solo piano recording from 2008 to 2013.

His projects include the piano trio Sephardic Tinge, which has released three discs: “Sephardic Tinge,” “Morenica,” and “Our Beautiful Garden Is Open” (all Tzadik). And

His Selfhaters Orchestra has issued two CDs: “Selfhaters” and “The Abysmal Richness of the Infinite Proximity of the Same” (both Tzadik).

Info regarding how this event is being affected by the Coronavirus (COVID-19) crisis.:

MORE FROM The Creative Music Series 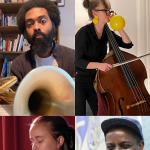 Presented by The Creative Music Series at Arts at the Armory 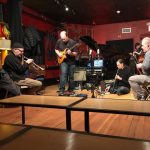 Presented by The Creative Music Series at The Lilypad

CONNECT WITH The Creative Music Series