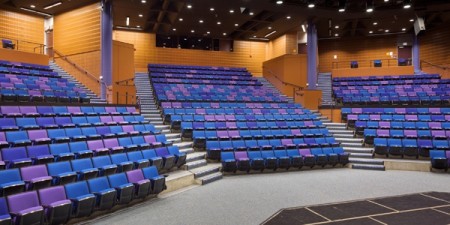 The recently renovated Fitzgerald Theatre was originally designed by Argentinean architect Eduardo Fernando Catalano in 1979 as part of an Arts Building addition to the Cambridge Rindge and Latin School. There are several accessible seating areas, and each seat has an unobstructed view to the stage.