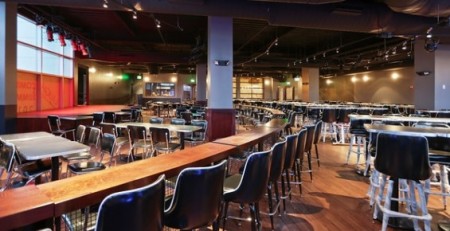 Laugh Boston opened the doors to its 300-seat state-of-the-art comedy theater in September of 2013. It is located in Boston’s Seaport District in the Westin Waterfront Hotel directly across from the Boston Convention and Exhibition Center. It features a full bar and a light fare, quick-serve menu.

Laugh Boston is the stand-up sister to Improv Asylum, Boston’s improv and sketch comedy theater located in the North End. It is owned by Chet Harding and Norm Laviolette of Improv Asylum and John Tobin of Theatre District Productions.