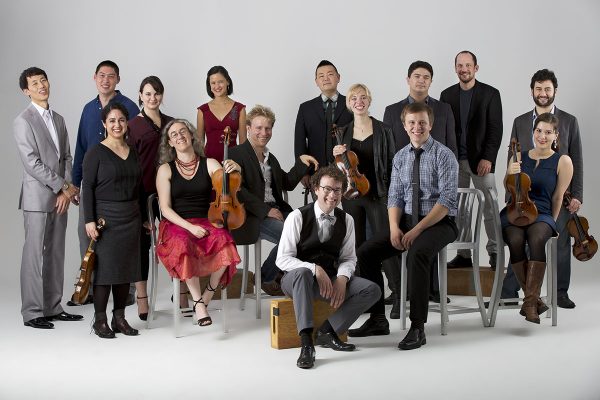 A Far Cry stands at the forefront of an exciting new generation in classical music. According to the New York Times, the self-conducted orchestra “brims with personality or, better, personalities, many and varied.” A Far Cry was founded in 2007 by a tightly-knit collective of 17 young professional musicians – the Criers – and since the beginning has fostered those personalities, developing an innovative structure of rotating leadership both on stage and behind the scenes. By expanding the boundaries of orchestral repertoire and experimenting with the ways music is prepared, performed, and experienced, A Far Cry has been embraced throughout the world with more than two hundred performances, three albums, a powerful presence on the internet, and a European debut tour planned for 2012. The Criers are proud to call Boston home, and maintain strong roots in the city rehearsing at their storefront music center in Jamaica Plain and fulfilling the role of Chamber Orchestra in Residence at the Isabella Stewart Gardner Museum. Collaborating with local students through an educational partnership with the New England Conservatory, A Far Cry aims to pass on the spirit of collaboratively-empowered music to the next generation.