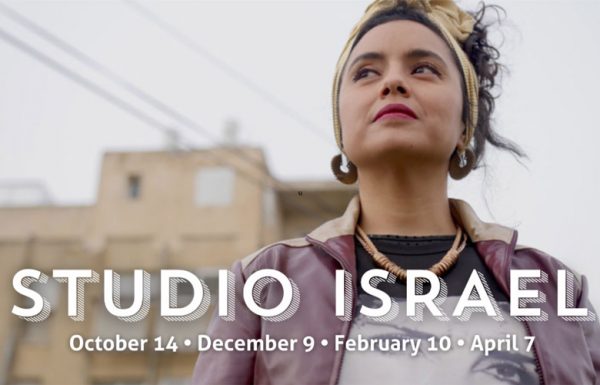 Join Professor Yuval Evri in conversation with Neta Elkayam, an Israeli singer and visual artist whose work plumbs the culture of the Moroccan Jews from which she descended.

Yuval Evri is Aisssistant Professor of Near Eastern and Judaic Studies and Marash and Ocuin Chair in Ottoman, Mizrahi and Sephardic Jewish Studies at Brandeis University, and a core faculty member at the Schusterman Center for Israel Studies.
Studio Israel is an online conversation series that looks at Israeli culture and diversity through the lens of contemporary Israeli artists and creatives. Chaired by Caron Tabb. Studio Israel is a partnership among Hadassah-Brandeis Institute, Jewish Arts Collaborative, the Schusterman Center for Israel Studies, and the Vilna Shul, and is made possible by generous support from Combined Jewish Philanthropies. This event is also cosponsored by the Consulate General of Israel to New England.

About the Artist
Neta Elkayam has gained worldwide recognition as a performer of North African music. She collaborates with renowned local and international musicians and orchestras on stages around the world. She has received multiple awards including the ACUM Award, the Sami Michael Award, and was nominated for an Ophir Oscar Award for a leading role in the 2019's musical film "Red Fields (Mami)." Learn more about her in the New York Times profile, Bridging Time, Distance and Distrust, With Music.

This is a virtual event. Free and open to all. Registration required. Click here for more information and registration.