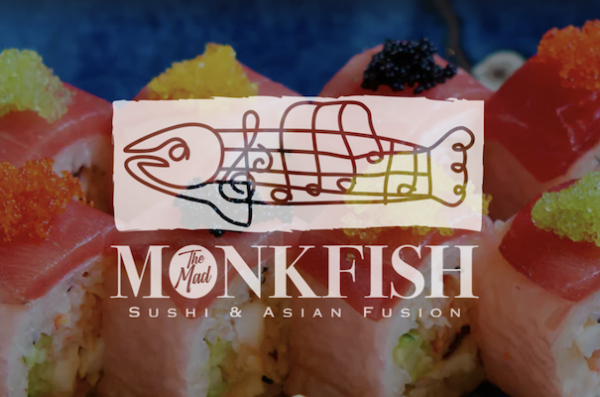 Live jazz with dinner at The Mad Monkfish in Central Sq!

Live music is back on stage at The Mad Monkfish! For those who can't make it to the Jazz Baroness Room, Monkfish now streams live all of its performances on their Facebook page. House band plays a set and then invites guests to sit in on this late-night instrumentals jam.

Saxophonist improviser and composer Andy Voelker has been aptly called a ”Lifer” in the world of jazz. His dedication to the roots of jazz, the real time application of past and present jazz styles, and the furthering of jazz as an art form remain Andy’s top priorities. Having grown up on the New Jersey shore surrounded by a family full of music lovers, artists, and writers Andy developed early appreciation for what is “good music”.

Andy took up the saxophone in grade school band and never looked back. Moving to Boston to attend Berklee College of music, Andy stayed in Boston and continued his education on the bandstand. Andy was a pivotal member of the Matt Murphy’s Music in Brookline having both co-lead the weekly jam session and lead his own original groups at Matts - during the heyday of one of Boston’s most notable music scenes. Presently Andy is playing and recording with Clear Audience – a group he co-leads with his cohorts from the Murphy’s days. Andy is staying busy as one of Boston’s real deal jazz Saxophonists, hard at work performing around the greater Boston areas music venues bringing his forward thinking, soulful sound, and thoughtful improvisations to the present day music appreciators.

Live music free with your meal! Dinner reservations are recommended. Please specify that you want a table in the Jazz Baroness Room.