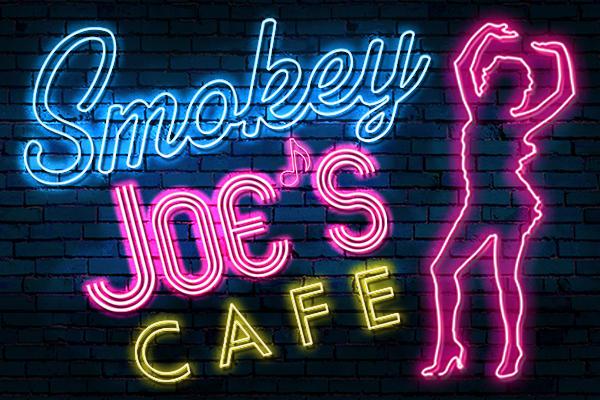 SMOKEY JOE’S CAFE: The Songs of Leiber and Stoller. the Grammy© Award-winning and Tony© Award-nominated smash, made history as Broadway’s longest-running musical revue. SMOKEY JOE’S CAFE features 40 of the greatest songs of the past century.

You won’t be able to stay in your seat with SMOKEY JOE'S CAFE: The Songs of Leiber and Stoller. This Grammy© Award-winning and Tony© Award-nominated smash, made history as Broadway's longest-running musical revue. Featuring 40 of the greatest songs of the past century, including showstopping classics like "On Broadway," "Stand by Me," "Jailhouse Rock," "Hound Dog," "Love Potion No. 9," "Spanish Harlem," "Yakety Yak," and "Charlie Brown," it celebrates the music of legendary songwriting duo Jerry Leiber and Mike Stoller. Their generation-defining songs provided hit after hit for icons like Elvis Presley, Ben E. King, the Coasters, and the Drifters.