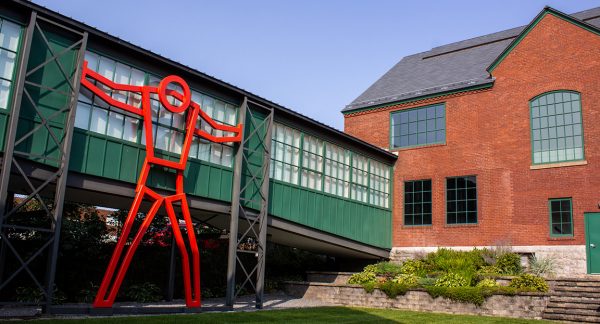 Add a splash of color and excitement to your summer! Join us for Family Day at the Museum with art activities for children and special tours of our new exhibitions. Close out the special evening with an outdoor concert by singer Andrea Cruz.

Andrea Melina Cruz Tirado is a female Puerto Rican artist, singer-songwriter, born in Aibonito, Puerto Rico in 1994. Andrea launched her first musical project titled "Amapola" in 2014, positioning her within the alternative music scene on her home island. In 2017, Cruz released her debut album "Tejido de laurel", which went on to climb the top of the charts within Puerto Rico’s most important music lists. After two years of sharing her sound in and outside of Puerto Rico, including popular festivals in the US such as SXSW and LAMC, she also collaborated with artists such as Lizbeth Román, Fofé Abreu, Los Wálters, and was the opening act at the Concert "Soy yo" by Kany García in Puerto Rico. The singer-songwriter started 2019 with an extraordinary NPR Tiny Desk concert and the release of the single "Véngole" featuring Gaby Moreno. She went on tour in Mexico and various countries in Latin America to promote "Véngole" with the purpose of raising awareness about the reproductive health of women. In 2020, she launched her second production "Sentir no es del tiempo", and she just released a beautiful compilation of songs that didn’t get to be, "Lo que no fue canción" in the form of a lovely book, available now.
Ágora is the partner of Latinx arts and culture. They create, empower, and promote the sustainability of the makers of Latin American Culture. You can learn more at culturalagora.com and follow them as @culturalagora.