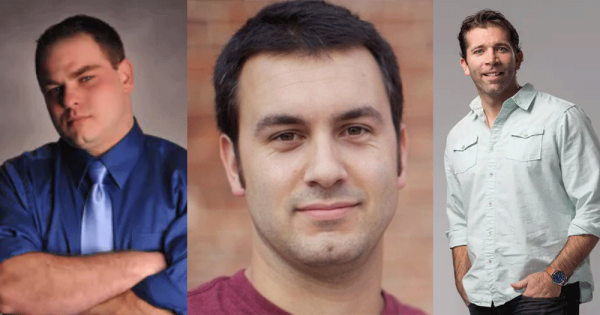 Born and raised in New York, Dave Lamb has been performing stand-up comedy in and around Boston for almost four years. In that time, Dave has performed all over New England with some of the area's best and up-and-coming acts, and was selected as a participant in the 2014 Boston Comedy Festival. During his time in comedy Dave has performed in clubs, bars, casinos, restaurants, and rec centers, but can most often be seen headlining a classroom every weekday at an area public school, where he learned how to deal with hecklers. Dave's full-time career as a teacher and all of his experience working with young people provides him with an excellent source of material, as if his wife, family, and friends aren't enough already.

A native New Englander, Francis Birch is well acquainted with the comedy of life. Born into a robust Italian/Native American family with six older brothers and sisters, this runt of the litter now has a clan of his own. He’s a veteran of a crazy household, but a stranger to the parenting battlefront and his award-winning act has been requested all around.

Graig Murphy started out in comedy by using his impressions of sports and television personalities but has now grown into a quick-witted act of everyday humor. Along with working every venue possible throughout New England, he has also appeared many times at the Comix Comedy Club at Foxwoods Resort Casino, Riviera Casino in Las Vegas and the Ft. Lauderdale Improv. Graig has opened for many of the nations top comedians including Tom Cotter, Lenny Clarke, Jeffrey Ross, Gary Gulman and Tom Papa.

The Center for Arts in Natick