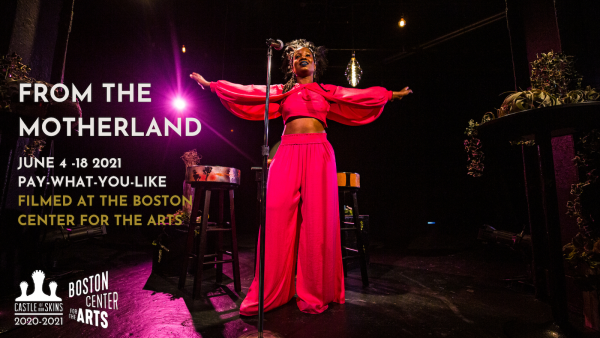 Castle of our Skins presents “From the Motherland,” and online, on-demand experience exploring Zimbabwean cultural roots and a personal rite of passage into womanhood.

*filmed at the Boston Center for the Arts Plaza Theatre

"Mwedzi tells the story of my rite of passage into Womanhood. This twelve-year journey began in 2008, when I left Zimbabwe for the USA. As an African immigrant in the Global West, staying grounded in ancestral wisdom has been vital for my survival. Mwedzi shares this wisdom and honors the healing power of ancestors, the Divine Feminine and self-love.”

From the Motherland is funded in part by a grant from the Boston Cultural Council, a local agency which is supported by the Mass Cultural Council, a state agency. It is co-sponsored by the BCA where Castle of our Skins is a Launchpad Resident at Boston Center for the Arts.