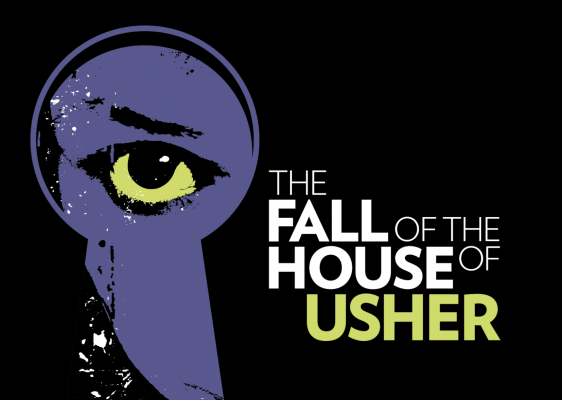 The Fall of the House of Usher

BLO moves from stage to screen for this brand-new, cinematic version of Philip Glass’ opera based on Edgar Allan Poe’s spellbinding short story.

Experience this stunning and chilling cinematic adaptation of this opera. Based on the short story by Edgar Allan Poe, murder, deceit, and the supernatural shroud the atmosphere in this spellbinding short story. This reimagined version will make for must-see digital viewing.

William arrives at the House of Usher, having received a letter from his boyhood friend, Roderick Usher, begging him to visit. Roderick and his sister, Madeline, are the last left of the Usher family, and Madeline is mysteriously ill. So William has rushed to be at Roderick’s side. As a servant leads him through the gloomy home, William meets a departing physician, who curtly warns him not to upset the household.

Roderick, pale and drawn, greets William, but when William gives him a music box as a gift, Roderick recoils from its sound. His nerves are overwrought from caring for his ill sister, and he says that he cannot leave the house. William promises to do whatever he can to help.

That night, as a storm rages, William observes Roderick brushing Madeline’s hair and is unnerved at the sight. He hurries to his room and goes to bed, but is awakened several times by troubling dreams of Roderick and Madeline.

A few days later, in Roderick’s painting studio, William has grown increasingly anxious, even as Roderick’s mood has improved. Part of William longs to leave, yet he cannot bear to, imprisoned in the House of Usher by his own fear and unnamed desire. They see the physician on his way out. Roderick finishes his painting, which WIlliam sees is of a tomb. Roderick reflects on his family home. When William inquires about Madeline, Roderick tells him that she has died.

William helps Roderick carry Madeline’s coffin down to the tombs under the House of Usher. Roderick gazes at his sister, but when William looks inside the coffin, he quickly closes the lid. Roderick reveals that he and Madeline were twins. That evening, he becomes agitated, accusing the physician of murdering Madeline, and William tries to soothe him.

A few nights later, Roderick comes to William’s room. There is an eerie light outside, unnerving them both. William declares that tomorrow, they will leave the House of Usher together. They decide to spend the night together and return to Roderick’s studio to wait until morning. As William recalls memories of their boyhood play, they begin to hear frightening noises coming closer. Roderick exclaims that they have entombed Madeline alive. She suddenly bursts through the door, bloody and disheveled, and falls on Roderick. William flees.

ABOUT OPERABOX.TV
Operabox.tv is the opera and classical-music streaming service created by Boston Lyric Opera – a new home for traditional content aimed at longtime opera lovers, as well as new commissioned works, opera-inspired original content, and projects designed to bring opera to broader audiences. There is a variety of free and paid content on
operabox.tv. Season subscriptions with early access to paid content are $99. Paid content is available ondemand 48 hours after subscriber access. Operabox.tv is available at www.operabox.tv and via streaming apps through Apple, Android, Amazon and Roku. To begin accessing free and paid content, visit www.blo.org/operaboxtv.