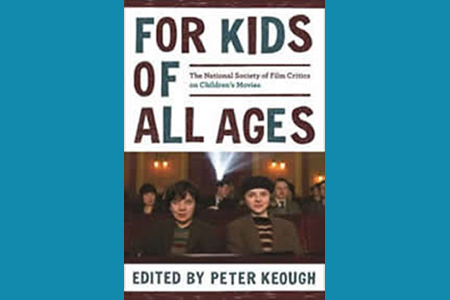 Book Talk: "For Kids of All Ages: The National Soc...

Boston Globe film critic Peter Keough shows fun movie clips and reads a selection from this anthology of essays written by members of the National Society of Film Critics about children’s films (age 10+).

The live Zoom event, geared to adults and children age 10+, will be moderated by journalist and former Boston Society of Film Critics President Tom Meek, who has moderated several other lively BWF discussions in the past. Keough promises to include many entertaining and instructive film clips. He'll also be available to answer questions after the talk.