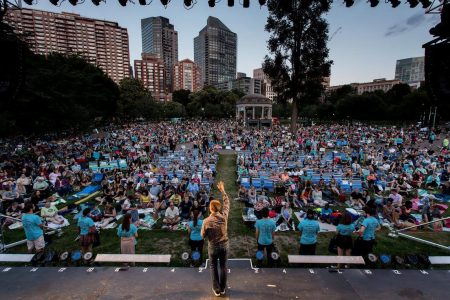 Shakespeare on the Common Encores

Commonwealth Shakespeare Company is using social media to showcase actors in self-taped performances of monologues that they previously performed in CSC productions on Boston Common. So, for example, you can see the great Paula Plum enacting a scene as Portia from 1999′s “Julius Caesar,’’ or the inimitable Jeremiah Kissel re-immersing himself in his fiery 2015 portrayal of the Earl of Kent in “King Lear.’’ Other all-star performers who have agreed to appear in future monologues include Will Lyman, Karen MacDonald, John Kuntz, Will Lebow, Bobbie Steinbach, and Robert Walsh. The monologues are viewable on CSC’s Facebook, Instagram, and Twitter feeds, all at @commshakes.