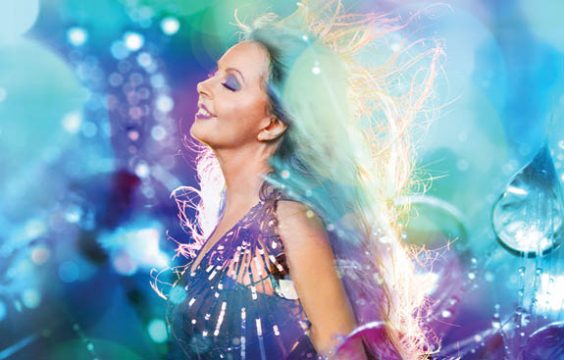 International singing superstar Sarah Brightman is the world’s biggest-selling soprano. Brightman is engaging in the most adventurous world tour of her career.

She pioneered the classical crossover music movement and is famed for possessing a vocal range of over three octaves. Brightman is the only artist to have simultaneously topped the Billboard dance and classical music charts. Her voice has rung out from theatres, arenas, cathedrals, world heritage centers and Olympic stadiums, bringing to life some of the world’s most beautiful music.

Brightman’s work transcends any specific musical genre, synthesizing many influences and inspirations into a unique sound and vision. Today, she remains among the world’s most prominent performers, with global sales of 30 million units having received more than 180 gold and platinum awards in over 40 countries. Brightman is also known for her iconic star turn in “The Phantom of the Opera,” whose soundtrack has sold more than 40 million copies worldwide. Her duet with Andrea Bocelli, “Time To Say Goodbye,” became an international success, selling 12 million copies worldwide.

On December 20th, 2020 Sarah lit up the holidays with her first ever livestream concert event “A Christmas Symphony” from the historic Christ Church Spitalfields in London, UK. Sure to become an annual tradition, Sarah will be taking this unforgettable Christmas spectacle “A Christmas Symphony” on the road for the very first time this holiday season. Together with orchestra and choir, Sarah will engage in a 17-date US tour which will begin on November 26th and end in New Orleans, LA on December 21st, 2021.