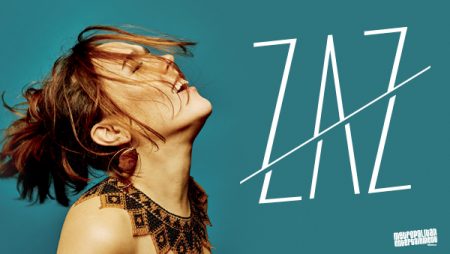 ZAZ, one of the most popular French singers in the world, has been compared to the likes of Edith Piaf or Ella Fitzgerald and her signature voice is celebrated all over the globe – comes to Boston for one night only!

Moving from Bordeaux to Paris as a teen, she set out to seize what would prove a unique destiny. Since the start of her career in 2010 with the seminal hit “Je veux,” ZAZ has won a multitude of awards including French and German Grammys, and has sold in excess of four million records internationally, with Gold status or higher in twelve countries. Combining elements of chanson, South American guitars, pop, salsa and rock, her new album Effet Miroir is an album of hope that is testament to the beliefs of ZAZ, an internationally celebrated artist.