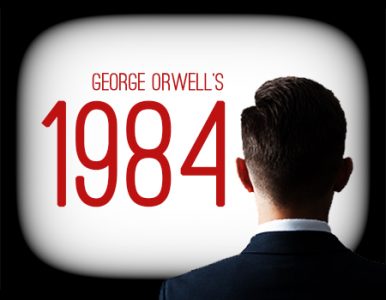 George Orwell’s prophetic, nightmarish vision of “Negative Utopia” is timelier than ever – and its warnings more powerful.

Winston Smith is a low-ranking member of the ruling Party in London, in the nation of Oceania. Everywhere Winston goes, the Party watches him through telescreens. Everywhere he looks, he sees the face of the Party’s seemingly omniscient leader — Big Brother. The Party controls everything in Oceania, even the people’s history and language. Even thinking rebellious thoughts is illegal. Winston dares to express his thoughts in a diary even though he knows — Big Brother is watching.

"I do not believe that the kind of society I describe necessarily will arrive, but I believe that something resembling it could arrive. The moral to be drawn from the dangerous nightmare situation is a simple one: Don't let it happen. It depends on you." – George Orwell

Calderwood Pavilion at the BCA, Roberts Studio The...