Being a white ally to Black Americans affected by racism and police brutality means self-educating and self-interrogating our biases and history. White individuals must start by doing their work and educating ourselves without expecting the…

Being a white ally to Black Americans affected by racism and police brutality means self-educating and self-interrogating our biases and history. White individuals must start by doing their work and educating ourselves without expecting the Black community to lead the way.

In these nonfiction reads, these authors open doors for readers to learn tools that can be used to stand up for racial injustices. Remember, reading is only one facet crucial to being anti-racist: showing up for Black citizens physically, with civic action, donations, and resources are also necessary actions to take for combat racism. 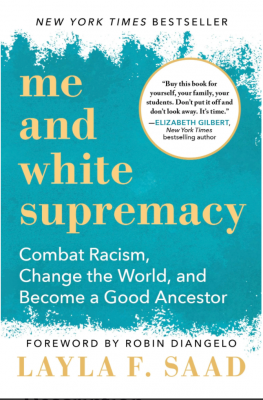 Me and White Supremacy: Combat Racism, Change the World, and Become a Good Ancestor

Saad takes readers on a 28-day journey to examine whiteness and the true meaning of allyship. Learn how to do the internal work and recognize that “awareness leads to action, and action leads to change.” In following Saad’s plan, readers can start to dismantle their own biases and understand more about what role they play in creating social change. 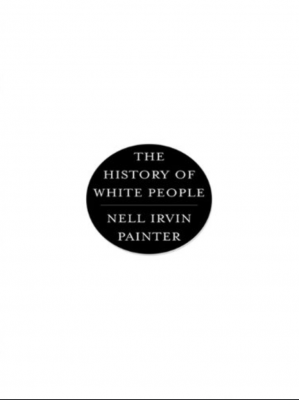 The History of White People

American historian Nell Irvin Painter guides readers through more than two thousand years of Western history from the invention of race to Western society’s frequent praise of “whiteness” for economic, scientific, and political ends. The History of White People seeks to close an information gap in the literature that has historically ignored widespread discussion on the origins of race and racism. 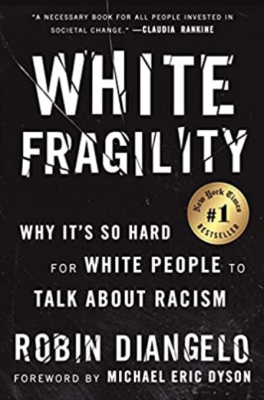 White Fragility: Why It’s So Hard for White People to Talk About Racism

Anti-racist educator Robin DiAngelo brings readers to understand that the actions of white individuals directly maintain racism. She illuminates the behaviors and emotions presented in the phenomenon of white fragility — when white people make defensive moves when we’re challenged in regards to racism. Instead of falling into these harmful traps, learn more about navigating feeling uncomfortable and putting the best foot forward as an ally. 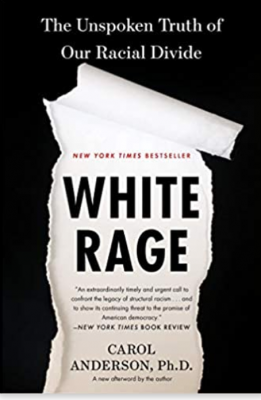 Responding to when, in 2014, protests and calls for action against police brutality sparked flames in Ferguson, Missouri, Carol Anderson interrogates how American media sources labeled the civil unrest as “black rage.” In her eyes, their emphasis on this was actually “white rage” in disguise, as news sources decrying damage and burning in the city drew attention away from the core issues of racism and police brutality.

Dying of Whiteness: How the Politics of Racial Resentment Is Killing America’s Heartland

Donald Trump’s election has indicated that many white Americans feel drawn to politicians who claim that they can make their lives great again. But as Dying of Whiteness shows, the policies that result actually place white Americans at ever-greater risk of poverty, sickness, and death. Metzl dives into an information-packed study on how increasing deaths by gun suicide, falling life expectancies, and rising dropout rates are affecting lower and middle-class white Americans, contrary to what the White House may be advertising. 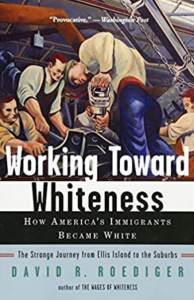 Working Toward Whiteness: How America’s Immigrants Became White: The Strange Journey from Ellis Island to the Suburbs

This book unpacks the history of American immigration and racism in the development of a white working-class in nineteenth-century America. Roediger analyzes the experiences of communities including Jewish-, Italian-, and Polish-Americans who initially were dismissed by the WASP establishment in the United States, but later adopted the racism of those whites who formerly looked down on them as inferior.