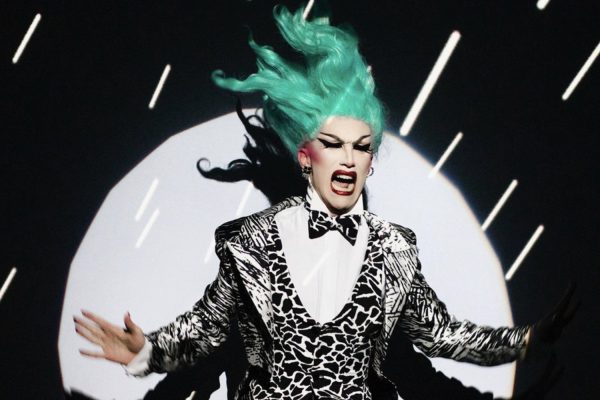 Tickets start at $39.50 are on sale to the public. VIP experiences are available in the ticket purchase path. Tickets may be purchased online at emersoncolonialtheatre.com, by calling 888.616.0272 or by visiting the box office at the Emerson Colonial Theatre at 106 Boylston Street in Boston. The box office is open Tuesday through Friday at 12 pm, Saturday at 10 am and closed on Sunday and Monday. Online and phone ticket purchases are subject to standard service fees.

At over 90 minutes, “Smoke & Mirrors” introduces audiences to a whole new side of Velour’s artistry. Its 13 dazzling and genre-busting lip-synch performances are all directed, produced and choreographed by the queen herself. “Smoke & Mirrors” has been widely praised as an astounding combination of drag, live theatre, visual art, magic, and personal storytelling.

Viewers will be on the edge of their seats as Velour explodes into rose petals, vanishes in a poof of smoke, saws herself in half, conjures a rainstorm and even transforms into a tree in front of their eyes…but the real magic is the way that these illusions and deceptions serve to unmask deeper truths, sparking fresh analysis of gender, fame, family, loss and the importance of dreaming big and living life over-the-top.

In an exclusive statement to Entertainment Weekly, Velour says, “I am literally and figuratively shaking with excitement to embark on my first solo theater tour with ‘Smoke & Mirrors!’ This production has been years in the making and is without a doubt the most personal and honest I have ever been on stage. I hope ‘Smoke & Mirrors’ can be a new introduction of myself…as not only a crown-wearing drag queen but also a real person – with a very specific taste in colors! [laughs].”

“Smoke & Mirrors” is created and directed by Sasha Velour and House of Velour. This tour has been produced in association with Right Angle Entertainment and is booked and arranged by WME, where Velour is represented in all areas. For more information visit sashavelour.com.