IMPORTANT! Due to the Coronavirus (COVID-19) health crisis events listed on this website may be canceled or postponed, please refer to the event organizer's website for possible schedule changes.
CLICK HERE for a special message from ArtsBoston.

Vickie and Peter Van Ness, founders of gimmeLIVE, have produced some of the largest and most critically acclaimed concerts and festivals on Boston’s North Shore featuring national recording stars and award-winning young artists (see highlights).

Vickie and Peter Van Ness, founders of gimmeLIVE, have produced some of the largest and most critically acclaimed concerts and festivals on Boston’s North Shore featuring national recording stars and award-winning young artists (see highlights).

Click here to join our mailing list — you’ll get new show announcements, special deals and prime seats before tickets go on sale to the general public.

Since 2012, GIMMELIVE’s award-winning seasons at Beverly’s three theatres — The North Shore Music Theatre, The Cabot and The Larcom — have featured Grammy winnters, Rock ‘n’ Roll Hall of Famers and showcased emerging young talent you might want to keep your eye on — Vickie & Peter have been known to spot stars in the making before.

Many of gimmeLIVE’s concerts and festivals raise money for good causes (see some examples here). Click here if you’d like us to produce a concert or festival to raise money for your organization.

During the summer of 2014, gimmeLIVE presented concerts at the Old Whaling Church in Edgartown, Martha’s Vineyard and in Gloucester aboard the Beauport Princess Cruise Ship and at the Waterfront Pavilion featuring artists of several genres — from folk icon Peter Yarrow (of Peter Paul & Mary) to Ska pioneers The Toasters.

During the summer of 2015, Vickie and Peter presented a series of concerts featuring national recording stars and award-winning Boston area talent at the newly re-opened Cabot Theatre in downtown Beverly.

In early 2017, gimmeLIVE opened a new venue in the building adjoining the Larcom Theatre (at 9 Wallis Street), formerly owned by members of Le Grand David Magic Company and known as the Grand Salon. GIMMELIVE has re-branded this elegant venue as 9 Wallis, which is now the North Shore’s most intimate listening room offering comfortable show seating at tables with food & beverage service, including wine, craft beers and specialty cocktails.

This beautifully restored, tremendously flexible space is also available for private parties and corporate events — with or without entertianment. Our stage — with state-of-the-art sound, lighting and Ultra-High-Definition (UHD) 4K Video — can accommodate any performance or presentation. We are completely wired with CAT6 for high-speed internet access. Click here if you’d like someone to contact you about booking a party or corporate event. 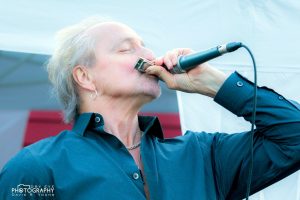 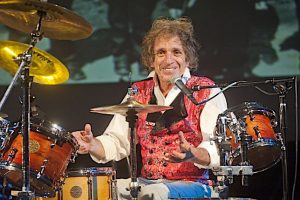 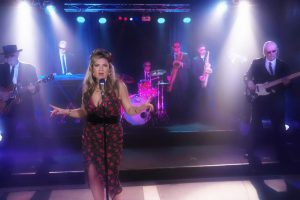 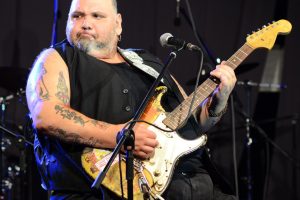 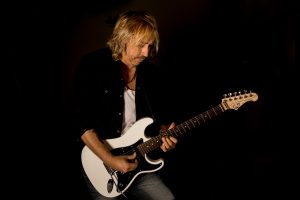 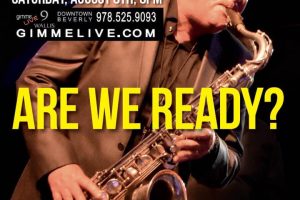 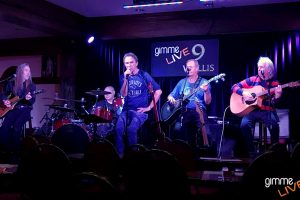 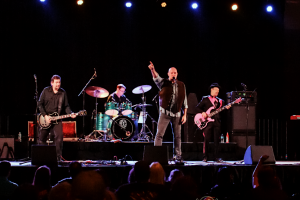 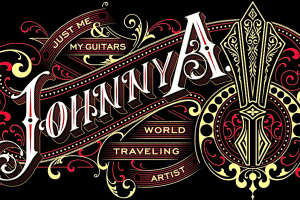 Johnny A - Just Me and My Guitars 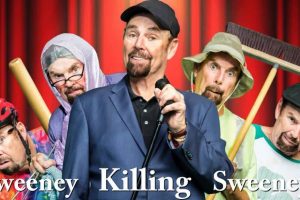