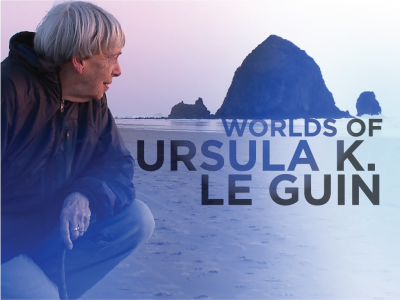 ‘Worlds of Ursula K. Le Guin’ is a 68-minute artistic feature documentary about Ursula K. Le Guin, the groundbreaking feminist writer of the Left Hand of Darkness and the Earthsea books, who passed away in January 2018.

Theodora Goss interviews director Arwen Curry about her feature documentary Worlds of Ursula K. Le Guin. With Le Guin's active participation, Curry followed her for a decade to document her life and work. From A Wizard of Earthsea (1968) with the Lewis Carroll Shelf Award to Lavinia (2008) with the Locus Award, Le Guin's numerous accolades include multiple Hugo, Nebula, Locus, and World Fantasy Awards. This special interview with Arwen Curry is hosted in coordination with the Boston premiere of Worlds of Ursula K. Le Guin at the Boston SciFi Film Festival on Thursday, February 14.