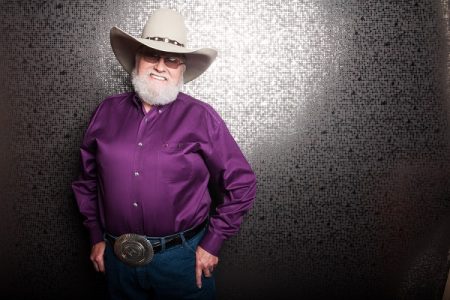 From his Dove Award winning gospel albums to his genre-defining Southern rock anthems and his CMA Award-winning country hits, few artists have left a more indelible mark on America’s musical landscape than Charlie Daniels. An outspoken patriot, beloved mentor to young artists and still a road warrior at age 81, Charlie has parlayed his passion for music into a multi-platinum career and a platform to support the military, underprivileged children and others in need.

Raised among the longleaf

From his Dove Award winning gospel albums to his genre-defining Southern rock anthems and his CMA Award-winning country hits, few artists have left a more indelible mark on America’s musical landscape than Charlie Daniels. An outspoken patriot, beloved mentor to young artists and still a road warrior at age 81, Charlie has parlayed his passion for music into a multi-platinum career and a platform to support the military, underprivileged children and others in need.

Raised among the longleaf pines of North Carolina, Charlie began his career playing bluegrass music with the Misty Mountain Boys. After moving to Nashville in 1967, he began making a name for himself as a songwriter, session musician and producer. Elvis Presley recorded a tune Charlie co-wrote titled “It Hurts Me,” which was released on the flip side of “Kissin’ Cousins.” He played on such landmark albums as Bob Dylan’s Nashville Skyline and tried his hand at producing the Youngbloods’ Elephant Mountain and Ride the Wind.

His own unique voice as an artist emerged as Charlie recorded his self-titled solo album in 1970 for Capitol Records. Two years later he formed the Charlie Daniels Band and the group scored its first hit with the top ten “Uneasy Rider.” Since then the CDB has populated radio with such memorable hits as “Long Haired Country Boy,” “The South’s Gonna Do It Again,” “In America,” “The Legend of Wooley Swamp” and of course, his signature song, “The Devil Went Down to Georgia,” which won a Grammy for Best Country Vocal Performance by a Duo or Group in 1979 as well as single of the year at the Country Music Association Awards.

The CDB performed 100+ concert dates in 2017, including performances on the Grand Ole Opry and will perform another full concert schedule in 2018.

“I love what I do,” says Charlie of his 60-plus years in the music business. “I look forward to entertaining people. When show time gets here, I’m ready to go, ready to go play for them. It’s a labor of love. I just thank God I make a living at what I enjoy doing.”

Whether performing in the hit 80s movie Urban Cowboy, singing on Easter Sunday at his local church or leading an all-star cast at one of his famed Volunteer Jams, Charlie just exudes joy whenever he steps on stage and he’s always been quick to provide a platform for other artists to shine. In 1974 he invited some friends to join him at Nashville’s War Memorial Auditorium for an all-star concert he dubbed The Volunteer Jam. The event continued for years and was broadcast in the U.S. and internationally. Over the years, the Jam featured a diverse line up that included Willie Nelson, Ted Nugent, Roy Acuff, Stevie Ray Vaughn, Crystal Gayle, James Brown, Emmylou Harris, Amy Grant, George Thorogood, Kris Kristofferson, Little Richard, Tammy Wynette, Alabama, Oak Ridge Boys, B. B. King and the Allman Brothers.

As diverse as his live shows have always been, his discography has also reflected Charlie’s love of multiple genres. In 1994 he released his first Christian album, The Door, on Sparrow Records. The album won the Gospel Music Association’s Dove Award for Best Country Album and “Two Out of Three” was named video of the year by the Christian Country Music Association. In 1997, Sony Wonder released Charlie’s first children’s album, “By The Light of The Moon: Campfire Songs and Cowboy Tunes’.

An astute businessman as well as talented musician, Charlie launched Blue Hat Records in 1997 with his longtime personal manager David Corlew. The label released such memorable albums as Blues Hat, Tailgate Party, Road Dogs, Fiddle Fire: 25 Years of the Charlie Daniels Band and his first bluegrass album 2005’s Songs From the Longleaf Pines and 2007’s album Deuces, featuring duets with Brad Paisley, Gretchen Wilson, Bonnie Bramlett, Travis Tritt, Dolly Parton, Vince Gill, Brenda Lee and Darius Rucker. Over the course of his career, Charlie has received numerous accolades, including his induction into the Country Music Hall of Fame, the Musicians Hall of Fame and becoming a member of the Grand Ole Opry. He was presented the Pioneer Award by the Academy of Country Music and was honored as a BMI Icon in recognition of his songwriting. He also received a star on the Music City Walk of Fame.

Any conversation with the legendary artist, however, rarely includes any of his accomplishments. He’d rather shine the spotlight on the many causes that are close to his heart. He’s always been a staunch supporter of the military, and for several years headlined a special concert at David Lipscomb University benefiting the Yellow Ribbon Program which provided scholarships for veterans. Among those who have supported Charlie Daniels for an evening of great music include Luke Bryan, Kellie Pickler, Clint Black, Jason Aldean, Chris Young, Rascal Flatts, Lee Greenwood, Darryl Worley, the Grascals, and actor Gary Sinise.

Charlie also lends his time and talent to numerous other charitable organizations, including the Jason Foundation Golf Classic, an organization that targets teen suicide prevention, and the Galilean Children’s Home in Liberty, KY, which provides a home for abused and neglected children. “I’ve been affiliated with them for a long, long time and it’s just a great place,” Charlie says of the home founded by Jerry and Sandy Tucker. “They take in babies whose mothers are going to prison. They give kids a good stable Christian home and love them. It’s just a wonderful place.”

For many years, Charlie has been the host for The Charlie Daniels Celebrity Golf Classic & Angelus Concert in Hudson, FL, a benefit for The Angelus, a full-time residential facility and day school program for the severely handicapped. He has been a member of the St. Jude Children’s Research Hospital Professional Advisory Board and has been a longtime supporter of the T. J. Martell Foundation and its numerous events aiding cancer research. He was the headliner for many years for the Christmas 4 Kids concert at the Ryman Auditorium, a fundraiser that provided a happy holiday for needy children.

Charlie says of using his celebrity status to aid worthy causes, “I have a very unique opportunity because of being in the music community, you try to give back to some extent. I do feel like people should. We should all do as much as we can.”

In 2014, Charlie Daniels with David Corlew founded The Journey Home Project, a 501(c)(3) non-profit, whose mission is to help the Veterans of the United States Armed Forces.

For Charlie’s birthday in 2016, 3 Doors Down, Luke Bryan, Kid Rock, Chris Stapleton, Travis Tritt, Larry the Cable Guy and more joined him to celebrate the milestone at his 80th Birthday Volunteer Jam on November 30 at Bridgestone Arena. A portion of the proceeds from the sold out concert were donated to the The Journey Home Project.

Charlie’s induction into the Country Music Hall of Fame in 2016, gave him a bookend to his memoir, Never Look At The Empty Seats, an autobiography that was released Oct .24, 2017. The book includes stories about his life, his career, experiences along the way and a wee bit of advice to those who would like to pursue a career in music. Daniels legendary musical career of over 60 years, won him a Grammy Award, earned inductions into the Grand Ole Opry and the Country Music Hall of Fame, and sold over 20 million records.

Charlie Daniels, beloved American icon, author, and patriot, has penned a new book that shares his signature wit and powerful lessons that he’s learned from traveling and playing all around the world. Let’s All Make the Day Count: The Every Day Wisdom of Charlie Daniels (Thomas Nelson, Nov. 6, 2018) is an entertaining and impactful book for those who have enjoyed his daily “let’s all make the day count” tweets and want to hear more personal stories from his life.

“I have leaned heavily on my personal journey and the times I’ve knocked my head against various walls through the years while learning life’s lessons,” Daniels said. “I’ve excerpted segments of my highest and lowest times, my most devastating defeats and most rewarding victories, and how I’ve come to truly value making the day count, every single day.”

Let’s All Make the Day Count includes 100 readings that cover such topics as starting again after loss; standing your ground; how to be successful; how to show people you care; choosing your words carefully; and many more.

Daniels accompanies every story with a Bible verse and a short takeaway. Daniels also released a companion CD of the same name on Nov. 2, available exclusively at Walmart stores, released by Blue Hat Records, distributed by BFD.

The CDB will perform 100+ concert dates in 2019 with no signs of slowing down.