"Reflecting on Shinohara": Rem Koolhaas and Sarah Whiting in conversation 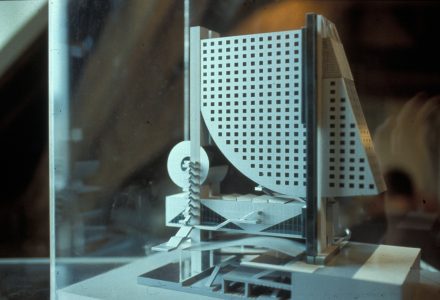 Rem Koolhaas founded the Office for Metropolitan Architecture in 1975 together with Elia and Zoe Zenghelis and Madelon Vriesendorp. Having worked as a journalist and script writer before becoming an architect, Koolhaas graduated from the Architectural Association in London, and in 1978, published Delirious New York, a Retroactive Manifesto

Rem Koolhaas founded the Office for Metropolitan Architecture in 1975 together with Elia and Zoe Zenghelis and Madelon Vriesendorp. Having worked as a journalist and script writer before becoming an architect, Koolhaas graduated from the Architectural Association in London, and in 1978, published Delirious New York, a Retroactive Manifesto for Manhattan. In 1995, his book S,M,L,XL summarized the work of OMA and established connections between contemporary society and architecture. At this moment Rem Koolhaas is heading the work of OMA as well as AMO – the conceptual branch of OMA, a think tank focused on social, economic, and technological issues.

Rem Koolhaas is a professor at Harvard University where he conducts the Project on the City, a research program investigating changing urban conditions around the world. The projects include a study on China’s Pearl River Delta (published as Great Leap Forward), an analysis of the role of retail and consumption in the contemporary society (The Harvard Guide to Shopping), and studies on Rome, Lagos, Moscow and Beijing.

Recently, OMA has completed the Netherlands Embassy in Berlin, a campus center at the Illinois Institute of Technology in Chicago, the Prada Epicenter in Los Angeles and the Public Library in Seattle. The Seattle Library was chosen by TIMEmagazine as The Best Architecture for 2004 and was described by the New York Times as “a blazing chandelier to swing your dreams upon. If an American city can erect a civic project as brave as this one, the sun hasnt set on the West.” (May 16th 2004)

In April 2005, the Casa da Musica concert hall in Porto was completed and was already voted as one of the most important concert halls in the world by the New York Times (April 10th 2005). In Asia, work has begun on CCTV — a 575,000m2 headquarters, studio, and cultural center for China’s national broadcaster, China Central Television, in Beijing. CCTV is OMA’s largest building to date, and is to be completed by 2008, in time for the Beijing Olympic Games.

Recent AMO projects include a study for the European Commission on the visual identity of the EU, image restructuring for Cond Nast magazines Lucky and Wired, a study on the future of the automobile for Volkswagen, and a study concerning preservation for the city of Beijing. By combining AMO and OMA Rem Koolhaas is seen as one of the most important thinkers of the last decades. Nicolai Ouroussoff critic for Los Angeles Times underlines this by: “There is little question that Rem Koolhaas is one of the most influential architects of the last 20 years. As an architectural thinker, his cool analytic approach to design, sprinkled wit h a healthy skepticism, has informed the profession that his fingerprints can be found on the work of almost any young architect today. Koolhaas has achieved the enviable stature of both cult idol and international celebrity.” (May 21, 2004)

The work of Rem Koolhaas and OMA has been celebrated as well by several international awards, including the Pritzker Architecture Prize (2000) and the RIBA Gold Medal (2004). In 2005, Rem Koolhaas received the Mies van der Rohe Award for the Netherlands Embassy, Berlin. This award is presented every two years by the European Union and the Fundaci Mies van der Rohe (Barcelona) to acknowledge and reward quality architectural production in Europe. The jury singled out OMA’s design of the Netherlands Embassy in Berlin for the extraordinary relationship established with its surroundings. In making their decision to award the Netherlands Embassy, the jury commended the “quality of the urban reflection and intelligence of the concept implemented, especially as regards the unprecedented concept of ‘trajectory’ and the new potential it brings to this project of great complexity.”

Koolhaas’ work was the subject of an overview exhibition, Content, which opened at the Neue Nationalgalerie, Berlin in 2003, and at the Kunsthal (built by OMA) in 2004. In conjunction with the exhibition, a book of the same name was published in 2003 by Taschen Books. Content illustrates the ways that Rem Koolhaas and OMA-AMO interact with the world and how the world in turn influences their work. An exhibition by AMO on representation in and the perception of Europe was on display last Fall in Brussels and at the Haus der Kunst in Munich. In Summer 2005, Rem Koolhaas curated one of the exhibitions titled Expansion & Neglect for the prestigious Biennale in Venice.

Sarah M. Whiting, Dean and Josep Lluís Sert Professor of Architecture, joined the GSD as Dean in July 2019. She is a design principal and co-founder of WW Architecture, and served as the Dean of Rice University’s School of Architecture from 2010 to 2019.

Whiting has taught at Princeton University, the University of Kentucky, the Illinois Institute of Technology, and the University of Florida, in addition to Rice and Harvard GSD. She frequently lectures throughout the US and abroad, and regularly serves as a critic of architecture and urban design. Prior to founding WW, Whiting worked with the Office for Metropolitan Architecture in Rotterdam, The Netherlands; Peter Eisenman in New York; and Michael Graves in Princeton, New Jersey. She is an Associate member of the American Institute of Architects.

Whiting’s research is broadly interdisciplinary, with the built environment at its core.  An expert in architectural theory and urbanism, she has particular interests in architecture’s relationship with politics, economics, and society and how the built environment shapes the nature of public life. Her work has been published in leading journals and collections, and she is the founding editor of Point, a book series aimed at shaping contemporary discussions in architecture and urbanism.

Whiting’s writings have been published in journals ranging from ANY to Wired, as well as in collections including Shaping the City, Mies in America, Six Authors in Search of an Architect, andAn Architecture for all Senses: the Work of Eileen Gray. She edited Differences, a collection of essays by Ignasi de Solà-Morales and also served as reviews editor for the journal Assemblage from 1996 to 2001. She currently serves on the editorial boards of the journals LOG, The Plan, and Thresholds.

This event is free and open to the public, but requires registration. Please visit the event webpage for more information.

Anyone requiring accessibility accommodations should contact the events office at (617) 496-2414 or events@gsd.harvard.edu.

Anyone requiring accessibility accommodations should contact the events office at (617) 496-2414 or events@gsd.harvard.edu. 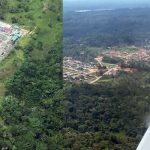 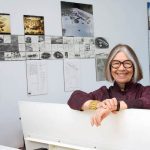 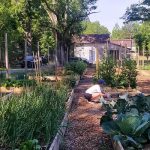