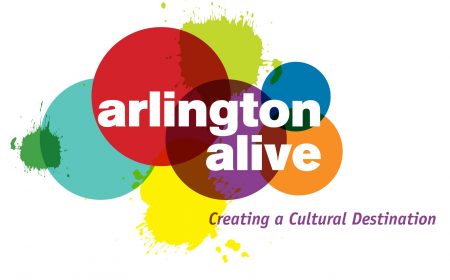 FREE annual summer street festival this Sat June 29, from afternoon to early evening on Medford Street at Mass Ave with a live performance stage featuring Arlington-based musicians Vance Gilbert and Deborah Henson-Conant along with The Band That Time Forgot, Tony Wilson’s Soul Explosion, plus opening performances by Odaiko New England and Zhen Ren Chuan Martial Arts. Presented by the Arlington Center Merchants Group, Regent Theatre Arlington, The Artful Heart Gallery, Book Rack Arlington and funded, in part, by ATED / Arlington Tourism and Economic Development and Watertown Savings Bank. Should weather prevent the festival from happening outdoors, it will be moved to The Regent Theatre. (See below for performance schedule and details.)

1:00pm:
Odaiko New England (ONE) — formed in 1994 is one of the premier Taiko groups on the East Coast. By combining Japanese aesthetic sensibility with the American spirit, ONE has forged its own distinctive style and voice. In Japan the sounds of Taiko are infused into various aspects of daily life. From Shinto and Buddhist rituals to celebratory festivals, Taiko is said to be the voice and spirit of the Japanese. Its rhythms reflect the sounds of nature, the changing of the seasons, a mother’s heartbeat. The sound of Taiko is palpable and its language is universal. It speaks across boundaries of race, class, culture, and religion, and appeals to people of all ages and gender. http://onetaiko.org/web/

1:30pm:
Zhen Ren Chuan — is a martial and healing arts system that offers a complete education in the study of the human mind and body. It encompasses correct and well balanced exercises, movements and forms that date back hundreds and thousands of years. The core of Zhen Ren Chuan’s movement and philosophy comes from the Five Element Theory as it pertains to the study of of Baguazhang, Chinese Shaolin/White Crane Gong Fu (Kung Fu), Taiji (Tai Chi) and Qi Gong (Chi Kung). https://zhenrenchuan.com/

2:00pm:
Vance Gilbert — The longtime Arlington resident burst onto the singer/songwriter scene in the early ’90s when buzz started spreading in the folk clubs of Boston about an ex-multicultural arts teacher who was knocking ’em dead at open mics. Born and raised in the Philadelphia area, Vance started out hoping to be a jazz singer, and then discovered his affinity for the storytelling sensibilities of acoustic folk music. Once word got out about Gilbert’s stage-owning singing and playing, Shawn Colvin invited him to be special guest on her Fat City tour. Noted not only for being the ever consummate performer, Gilbert has recorded 13 albums, including 5 for Philo/Rounder Records. Along with his own touring schedule, he has been opener of choice for artists as varied as George Carlin, Aretha Franklin, Arlo Guthrie, the Milk Carton Kids, Anita Baker, Paul Reiser, and the Subdudes. Currently Vance is but inches away from releasing his latest entitled Good, Good, Man – an eclectic assemblage of tunes with guests ranging from Celtic harpist Aine Minough to rock star Mike Posner to bluesman Chris Smither. An integral part of the national folk scene, Gilbert’s approach to the acoustic singer songwriter idiom is significant. Gilbert’s compositions, while frequently employing sophisticated melodies and harmonies that attest to his jazz roots, remain sublime attestations to the storyteller’s craft. He even has a tune on a Grammy Nominated children’s album. How rounded is that? https://www.vancegilbert.com/

3:00pm:
Deborah Henson-Conant — a longtime Arlingtonian, is a GRAMMY®-Nominated singer and electric harpist. She’s known for her on-stage image, her humor, passion and innovation, wearing the electric body-harp she invented. She uses a looper pedal to layer melodies and guitar effects on her harp – and plays solo or in collaboration with symphonies and chamber ensembles – always mixing music, story & movement. This is a feel-good, outside-the-box, bring-the-folks-you-love kind of show for audiences of all genders and ages- folks who want to celebrate what it means to passionately follow your own creative path. See her TEDx talk at TEDxDHC.com. https://www.hipharp.com/

4:00pm:
The Band That Time Forgot — began in 1985 and maintain the same members to this day: Peter “Head West” Hoffman on Guitar, Arlington’s Larry Sonny California” Luddecke on keyboards, Richard “Rainbow” Gates on bass and Tim “Stash” Jackson on drums. They won an instant “Best of Boston” Award for their impeccably played renditions of lesser known songs from the late 1960’s. The four have worked together in other various bands through the years and individually with the likes of John Hammond, Robin Lane and the Chartbusters, Willy Nile, Suzanne Vega, Dennis Brennen, LaVern Baker, Ellis Paul, Tom Rush, Vance Gilbert, Vas Deferens, and many more. Their many years together has only increased the fun they have playing the quirky musical chestnuts that make up their substantial playlist. (Expect to hear some selections for the soundtrack to the film “Easy Rider” having a 50th Anniversary screening at 8pm at the Regent, immediately following the street festival.) https://www.thebandthattimeforgot.org/

5:00pm:
Tony Wilson’s Soul Explosion! — is a Sizzling Tribute to the R&B Icons of the ’60s and ’70s including James Brown, Sly & The Family Stone, Stevie Wonder and many others – an electrifying, dance-inducing Soul Revue! Featuring the incredible and incomparable Tony Wilson, from Chicago, accompanied by the Brothers Walk Band. Wilson was James Brown’s hand-picked protege and current front man for the official James Brown Band. He was Michael Jackson’s decoy during the Jackson’s “Victory” tour, his understudy for “The Wiz” film musical, and chosen best Michael Jackson impersonator by Oprah on the “Oprah Winfrey Show.” Recently, Wilson has made Boston / Arlington his home away from home having performed several concerts at the Regent Theatre, Menotomy Grill, and Town Tavern. https://bookinghouse.com/james-brown-tony-wilson-godfather-soul-band/

Parking in Russell Common / Municipal lot entrance directly across Medford Street from the Regent. 50 Cents per hour with no limit 8am - 8pm Mon-Sat, Free on Sundays. Street parking also available on Medford Street, Mass Ave, and other nearby streets.