Artistic output in East Boston has always reflected the distinct cultural communities who have populated it, as well as the unique environmental factors associated with its harborside location. Fans of music, visual art, and environmentally-focused art will find a community like no other in Eastie.

From live performance to the radio, Latin rhythms shape the sonic character of the neighborhood. Exiting the Maverick T stop, one is likely to pass a busker playing Latin American music. ZUMIX, a non-profit based in Eastie which enriches the community through music and creative technology classes, also hosts a radio station, 94.9 FM ZUMIX Radio. The station broadcasts the voices and culture of East Boston’s youth through music, stories, and bilingual conversation. Keep an eye out for ZUMIX’s summer concert series, which fills East Boston’s Piers Park with music every Sunday during the warmer months. The Veronica Robles Cultural Center also offers educational programs in Latin America music, dance, and theatre to connect East Boston youth with their cultural heritage.

In 2018, the Institute of Contemporary Art opened its Watershed location in the East Boston Harbor Shipyard, joining other visual art communities in East Boston like the Atlantic Works Gallery and East Boston Artists Group. The Watershed is open seasonally from May to September, and visitors to the main ICA location in Seaport can take a ferry across the harbor to visit the new Eastie warehouse.

Finally, East Boston is home to over a dozen murals which interlace beauty and environmental concerns. Many of these murals can be found on the East Boston Greenway, a 3.3 mile path which stretches from the harbor past the airport. Guided tours of these murals are provided during the warm months by HarborArts, a non-profit which also hosts an outdoor gallery in the East Boston shipyard. Visitors can follow a self-guided mural tour linked here. 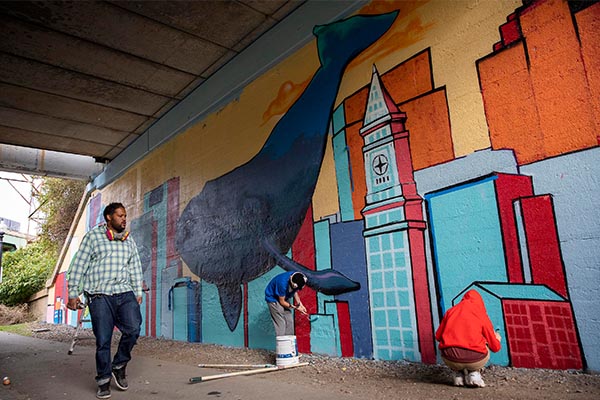 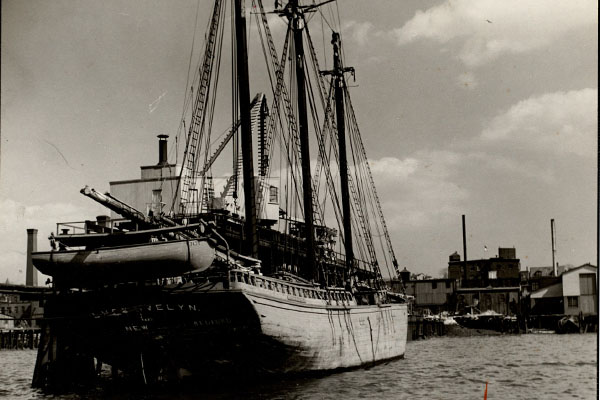 Originally comprised of five discreet islands, East Boston was cultivated by a variety of Indigenous groups for thousands of years. The Massachusett, Mashpee, Wampanoag, and Nipmuc peoples traditionally travelled to the islands from early spring to late autumn to fish and harvest crops, but they were forcibly displaced to other harbor islands when European colonists arrived in 1633.

For the next two centuries, the islands served as grazing lands for Yankee farmers. The East Boston Company formed in 1833 and made plans to fill in the inlets between the five islands to allow for further residential and industrial development. These changes enabled East Boston to become a major ship-building center throughout the 20th century, and by 1900, the landmass resembled the neighborhood we know today.

East Boston has been deemed Boston’s ‘Ellis Island’ due to its extensive history as an immigration center. Irish immigrants comprised the majority of new residents during the mid-1800s, followed by Jewish immigrants from Eastern Europe at the turn of the century. In 1921, the East Boston Immigration Station began operation; by its closure in 1954, the Italian community had become the neighborhood’s dominant cultural group. It would remain so until the 1980s, when Central and South Americans began immigrating to the area.

in the 21st Century

Continuing its legacy as an immigrant center, East Boston is home to the highest percentage of foreign-born residents of any Boston neighborhood. Eastie’s diverse population hails from El Salvador, Guatemala, Colombia, Brazil, Mexico, and beyond. The local restaurant scene reflects residents’ cultural roots; East Boston boasts some the best pupusas, tamales, and mole in the city, along with a traditional Italian contingency and a growing footprint of American pub food.

East Boston welcomes visitors via Boston Logan Airport, located on the east side of the neighborhood. Travelers from near and far can enter the city’s public transit network through Airport Station on the MBTA’s Blue Line, which connects downtown, East Boston, and neighboring Revere. Additionally, a number of ferry companies service East Boston from the North End, South End, and the Seaport district. On a nice day, traversing the harbor on a ferry offers practical transport and stunning city views in one convenient package. Constitution Beach and Revere Beach also provide beautiful destinations for an East Boston day on the water. 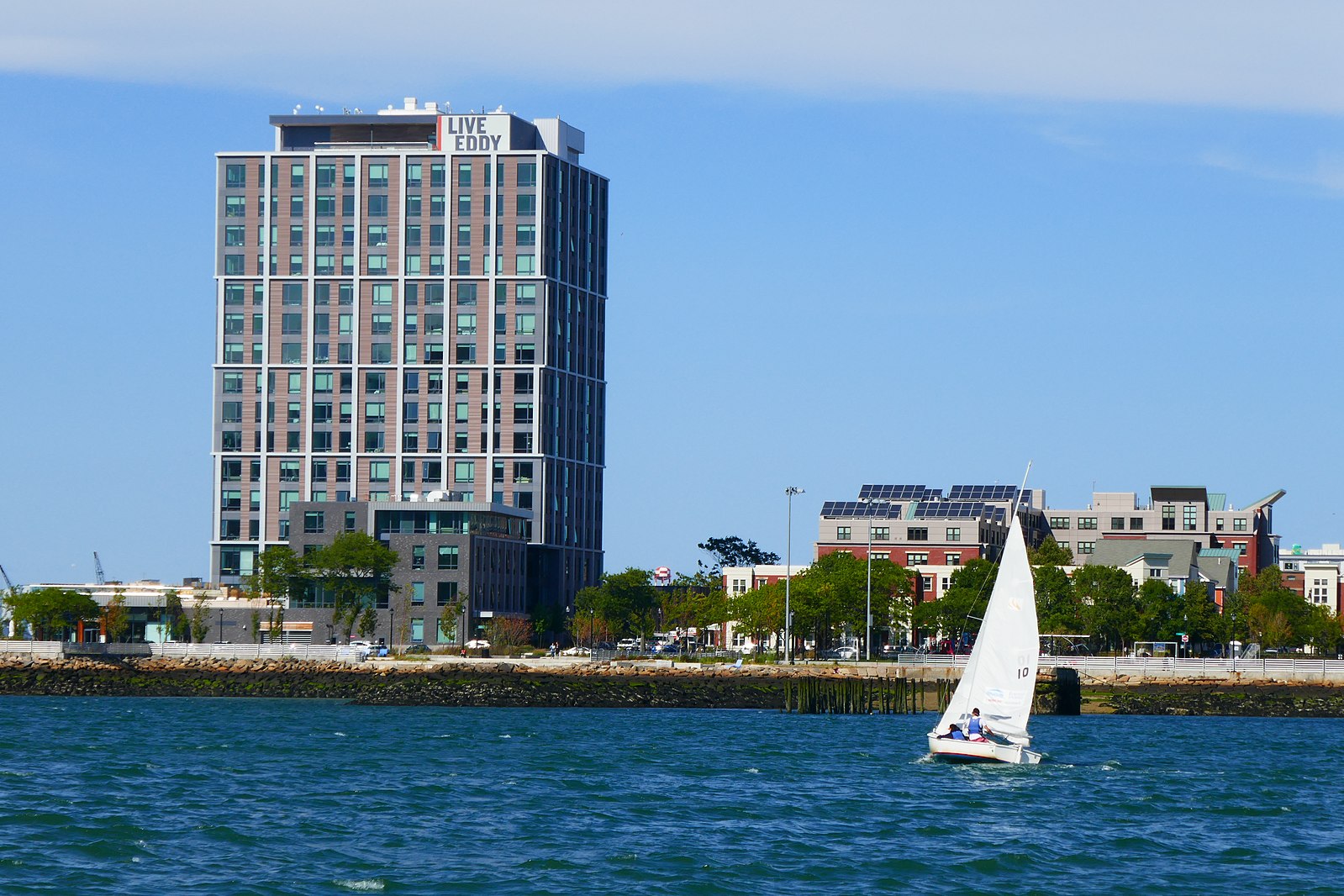 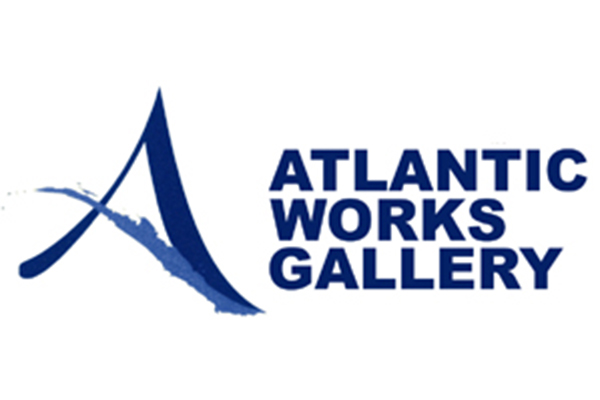 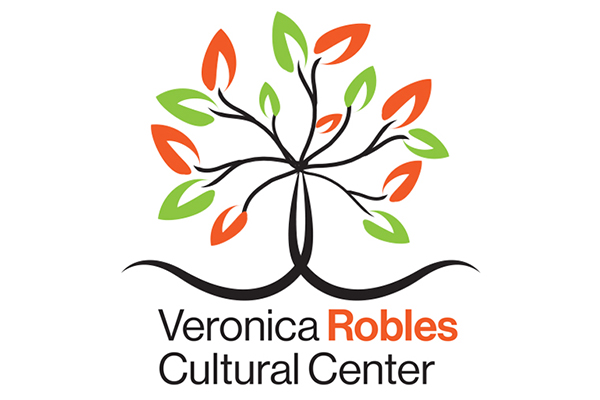 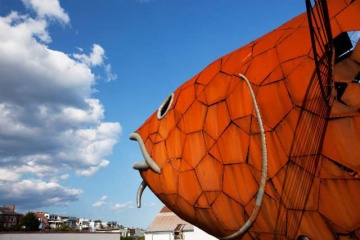 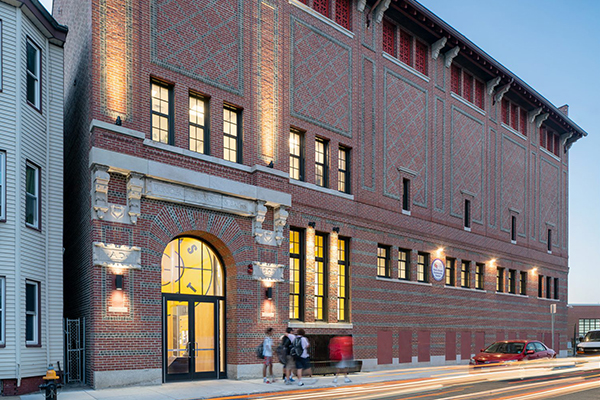 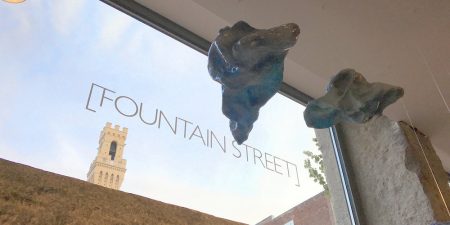 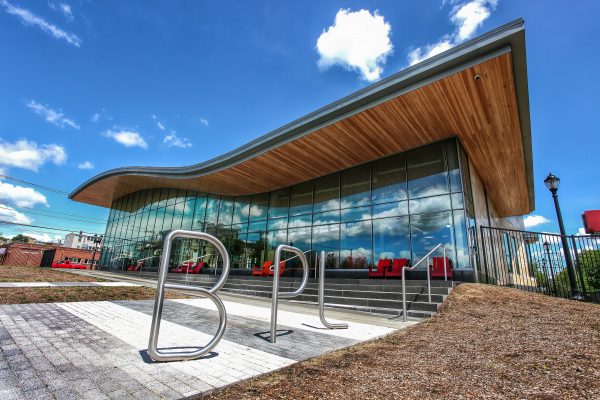 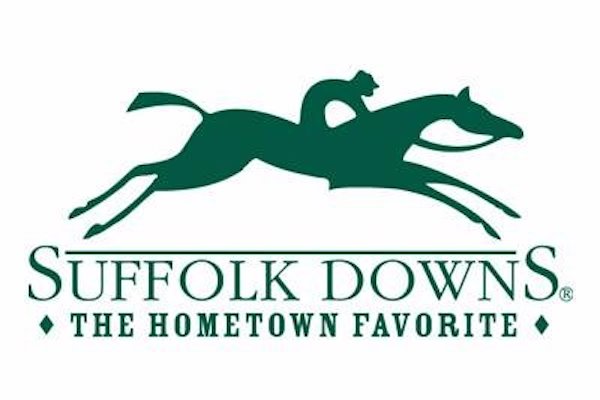 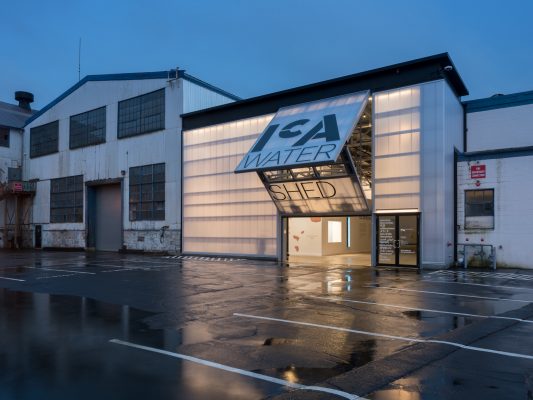 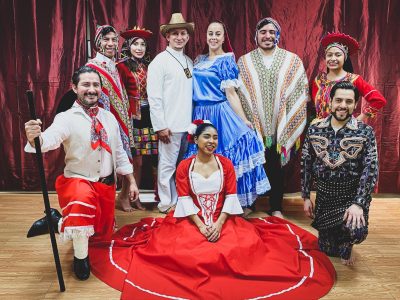 East Boston on the Blog 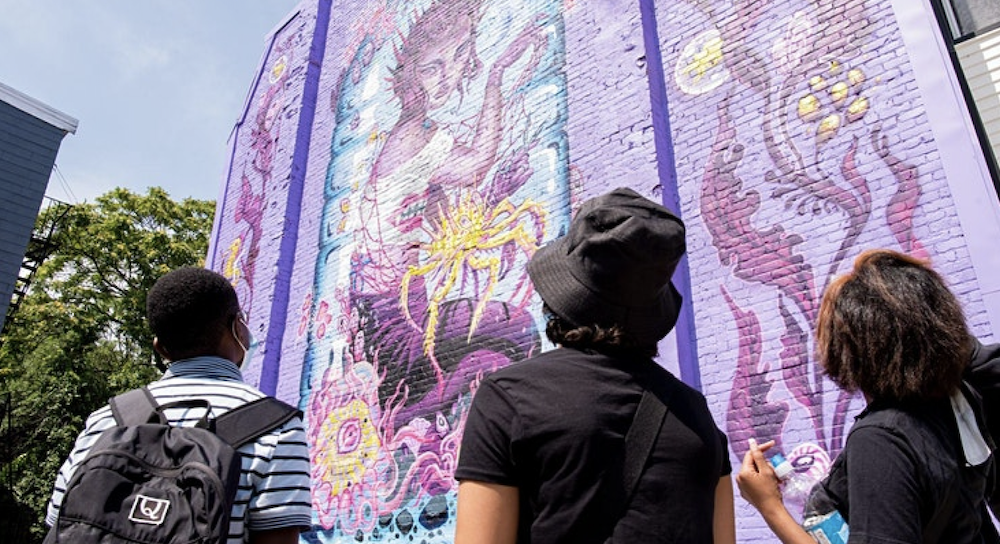 How to Get There

From Seaport:
Take the SL3 bus from the World Trade Center stop in Seaport. Ride two stops to Airport Station. Exit, or take the Blue Line from Airport to any other East Boston Blue Line stop.

From the West – From Storrow Drive Eastbound, East of I-90:

From the North, via I-93 Southbound: